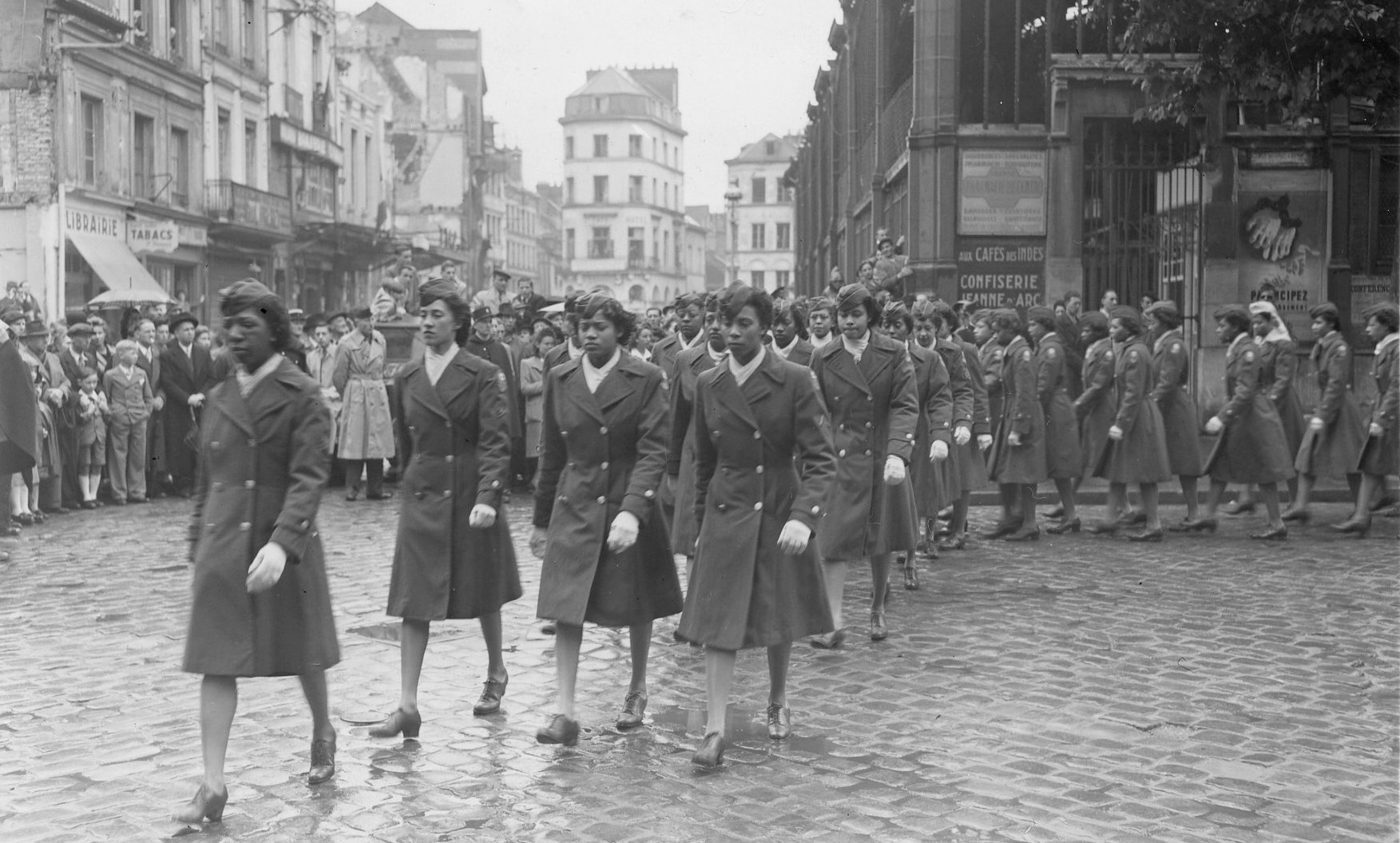 The Women of the 6888th Battalion

On the 14th of February 1945, the 6888th Central Postal Directory Battalion, nicknamed the Six Triple Eight, was stationed in Birmingham, England. The was the first all-black, all-female Battalion of the Women’s Army Corps (WAC) consisting of 824 enlisted and 31 officers led by Major Charity Adams (Earley).

The battalion arrived in Birmingham, England with the daunting task of sorting warehouses and air hangers packed to the ceiling with backlogged mail. The women were told the job would take six months to complete. The Six Triple Eight ended up completing the job in half the time working around the clock in eight (8) hour shifts. Their slogan, “No mail, low morale.”

Throughout their time in England, the battalion worked under harsh winter conditions. The warehouses did not have heaters, were poorly lit, had little airflow, and old care packages were devastated by rats.

Despite the hardships, they ended up sorting over 65,000 pieces of mail and other packages per shift. The Battalion used special locater cards for common names, at one time reporting they sorted over 7,500 parcels of mail for service members named Robert Smith.

The commander of the 6888th Battalion, Major Charity Adams (Earley), faced consistent questioning about her position and the organization of the unit. When her leadership was questioned and a threat to bring in a “white first lieutenant” to show her how to command, she famously replied “Over my dead body, Sir.” [1][2]

The 6888th was a self-contained unit with no attachment to any other male unit and their own Public Affairs Officer. They hosted sports teams and put on dances for army hospital patients. Throughout their time in England, the battalion become close with the locals debunking racial rumors and biases.[3][4]

After clearing the warehouse and air hangers of backlogged mail, the 6888th was sent to do it again in Rouen and Paris, France.  Upon arriving in Rouen, the women would be welcomed with open arms by male African American soldiers stationed in the city. While working conditions in Rouen were the same as Birmingham, their stay in Paris was an improvement.

Major Adams (Earley) was promoted to Lieutenant Colonel for her leadership with the Six Triple Eight, which was the highest rank given to any woman in the Women’s Army Corps (WAC).

In February 2022, the “Six Triple Eight” Congressional Gold Medal Act of 2020 passed. The act states, “[The Congressional Gold Medal] is awarded in honor of the women of the 6888th Central Postal Directory Battalion (commonly known as the “Six Triple Eight”) in recognition of their pioneering military service, devotion to duty, and contributions to increase the morale of personnel stationed in the European theater of operations during World War II.”