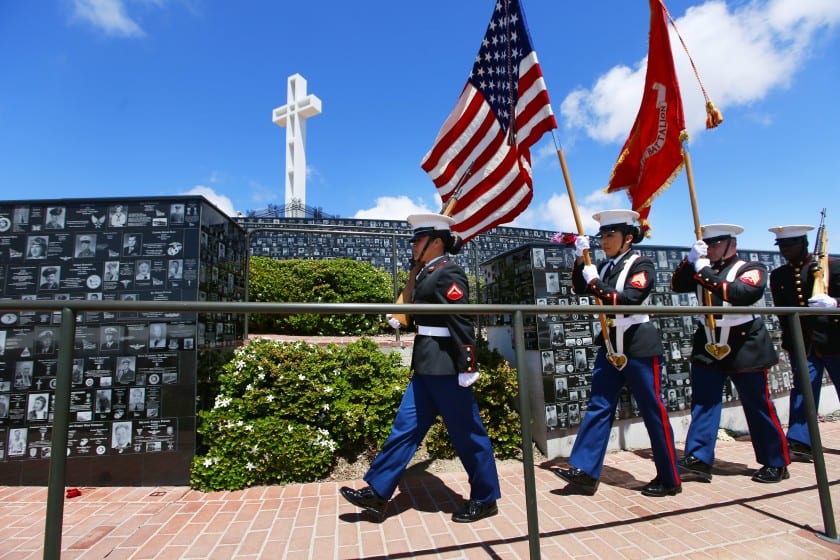 Miller’s story was the centerpiece of ceremonies at the Mount Soledad National Veterans Memorial. Sometimes rousing and often somber, the hour-long affair paid tribute to American men and women in uniform who had made the ultimate sacrifice.

“We do it every year,” said E.J. Kovacs-Morgan, an 11-year-old Tenderfoot with Troop 4. “Every Memorial Day.”