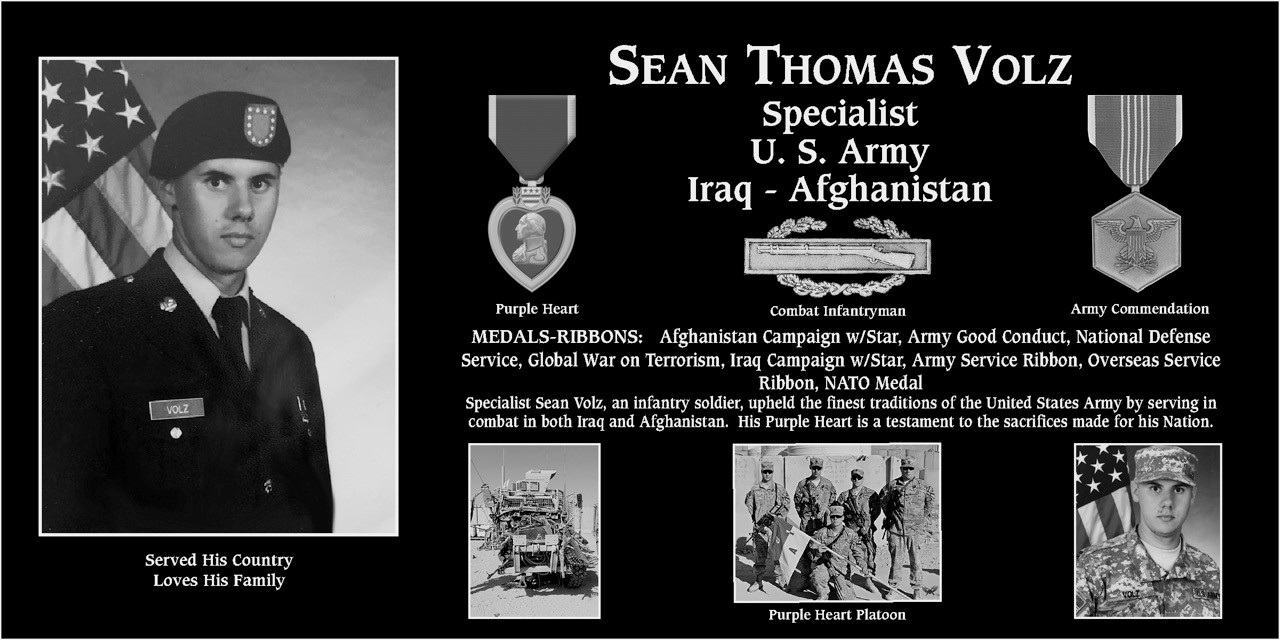 Sean Volz served as a Specialist in the United States Army Infantry from 2010 to 2015.

In 2011 he was deployed to the Kirkuk District in Iraq as a rifleman and designated marksman. His unit was assigned with closing down multiple bases for the drawdown, along with patrolling the local villages to provide security for convoy routs. He was also tasked with training the Iraqi army to take over operations after the US withdraw.

In 2013 he was deployed to Afghanistan to the Kandahar Provence where he served as his platoon’s lead driver. Their mission in Afghanistan was to provide security patrols for the highway between Kandahar city and the Helmand province. During the deployment his MRAP hit an estimated 250 pound IED completely destroying his vehicle and wounding everyone inside, including knocking them unconscious for an unknown amount of time. Because of his injuries from the blast he was awarded the Purple Heart.

This year celebrated 5 years from his blast date and we are all so blessed that he was able to come home. He’s an amazing father, husband and friend who strives to be the best he can be every day.