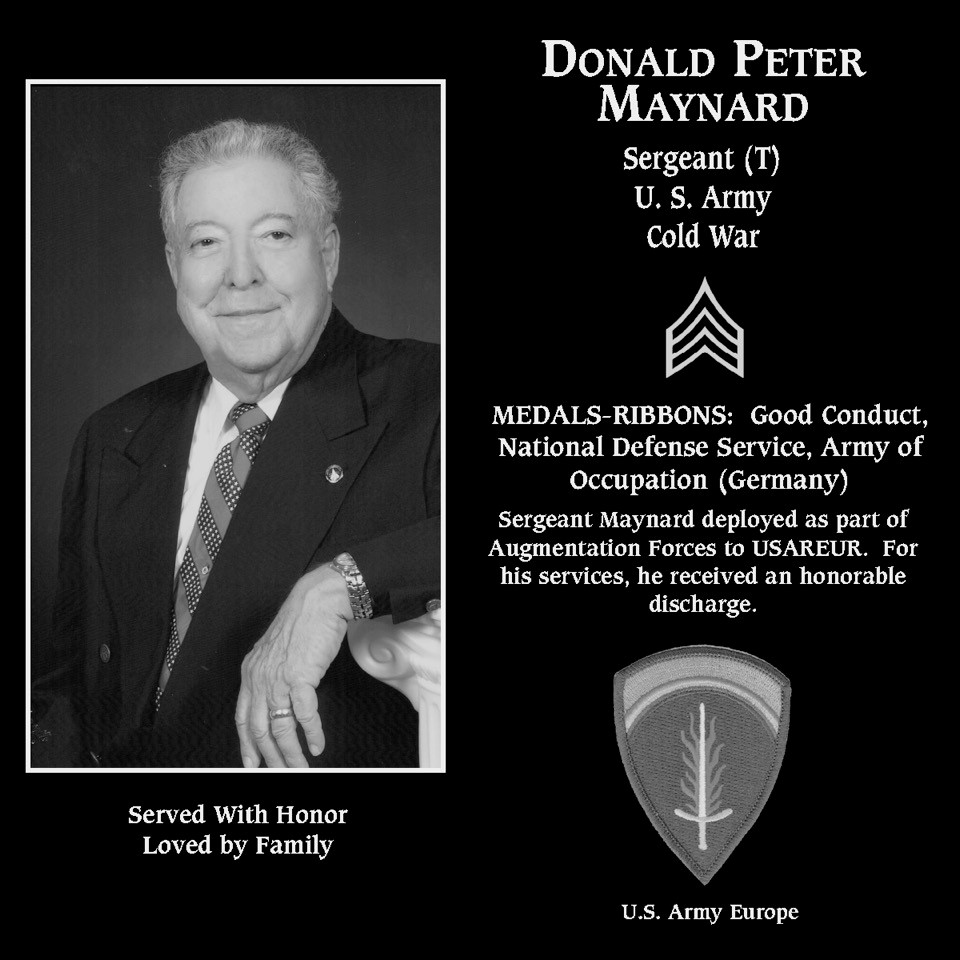 Donald P. Maynard was born on August 19, 1929 in New Orleans, LA. He attended Catholic schools in New Orleans and graduated from Tulane University in 1951 with a BS in Mechanical Engineering. Don began his aviation career at the age of 12 working for his dad, John, at his fixed base operation at Shushan Airport (now Lake Front Airport). Don began by cleaning the restrooms, sweeping the hangar, washing and gassing airplanes for .25 cents per hour - then at age 15 began receiving some flying time. Don’s first dual instruction was on June 2, 1944 in a 65hp Taylorcraft. He was instructed in various aircraft – Luscombe, Monocoupe, Aeronca, J3 Piper Cub, Fairchild PT-19, Stearman and Fairchild24. Don’s first solo was on his 16th birthday and he received his Private license on August 19, 1946. After getting his Commercial license (land & sea), he did charter work plus pipeline and powerline inspection. Don became a flight instructor (8/49) and built his flying time until he was hired by Braniff Airways on July 2, 1951 at the age of 21.

Uncle Sam decided Don needed to fulfill his military commitment, so he started US Army service July 11, 1952. He began his two year service obligation in the 868 Field Artillery Battalion, home of the Army’s 280 mm Atomic Cannon. Don, however, was trained and assigned as an aircraft mechanic (L-19), eventually promoted to Tech Sergeant.

In 1955, while flying F/O with Captain Dolly Westbrook on the Convair, Don saw a good looking new-hire Hostess walking across the ramp to board his flight to OKC and points north. He mentioned this to Dolly, who invited her to the cockpit, and Don met his future wife, Jeanne Toews. They were married on May 11, 1957 and because of the “no married Flight Attendants (F/A’s)” rule, Jeanne’s airline career came to an end. Don and Jeanne raised three daughters in north Dallas; Michelle in sales, Cheryl who flew as a F/A with Braniff II and ATA, and Stephanie who has been a F/A with Southwest Airlines – celebrating 35 years in August 2020.

After the Braniff bankruptcy Don got a job flying DC-8 Captain for Overseas National Airlines based in Jeddah, Saudi Arabia. In 1984 he changed to Global Airways and was based in Dallas flying B-747 F/O on European routes. In March 1984 Braniff II began flying and Don returned to B-727 Captain until mandatory FAA retirement at age 60 (8-19-1989). Don acquired his Turbojet Powered Flight Engineer License and moved to F/E for the few months until Braniff II shutdown on 12-22-89.

In May of 1990, Don began a new career as a Ground School / Simulator Instructor. He started with American Airlines teaching DC-10 ground school. Later he acquired a B-757 / B-767 Type-Rating and instructed in the simulator. To round out his airline pilot career Don needed a furlough and American obliged in 1993.

Don got back to the cockpit with Viscount Ferry Services flying B-727 and B-747 ferry and test flights. His last flight was a B-747 “around the world” trip: a passenger flight from Dallas to Tel Aviv, the ferry from Tel Aviv to Hong Kong and finally as a passenger back to Dallas. He arrived in Dallas on August 16, 1994 and had a heart attack the next day (two days before his 65th birthday). After a good recover Don flew as a simulator pilot for Federal Express F/E training until March 1995.

Don was recalled from furlough to American Airlines in December 1995 and continued his work as a Simulator Instructor on B-757 and B-767 until November 1, 2008.

Don and family celebrated his 90th birthday on August 19, 2019 (also National Aviation Day…who’d of thought?). On September 14, 2019, Don attended and received induction into the Braniff Airways Hall of Fame.