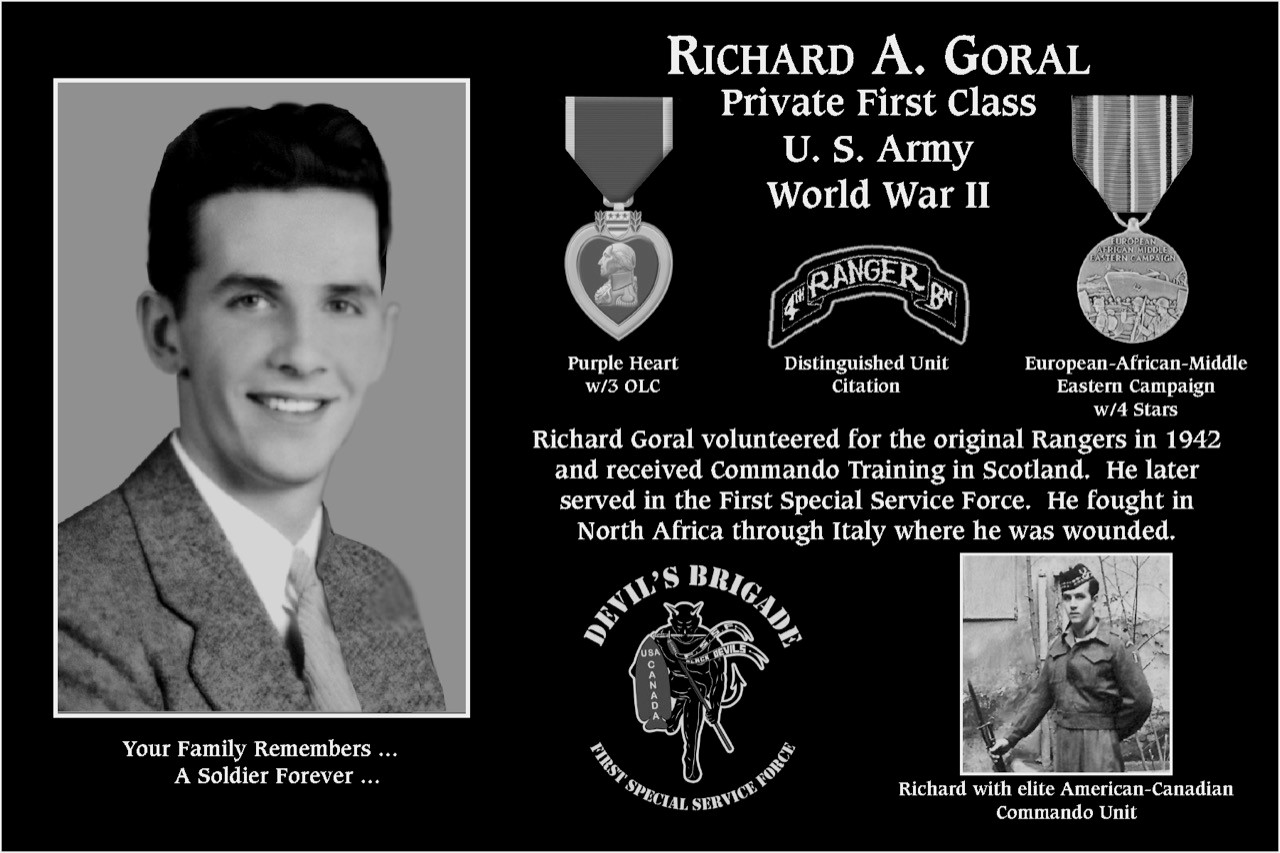 Richard A. Goral enlisted in and volunteered for the original U.S. Rangers (a.k.a "Darby's Rangers). He received British Commando training in Scotland prior to deployment of his 1st Ranger Battalion to North Africa. After a successful campaign in Tunisia, the original Rangers were expanded and Pfc. Goral was reassigned to the 4th Ranger Battalion. After being deployed to Italy (Anzio, Cisterna), the Rangers suffered such heavy losses (Mr. Goral was wounded 4 times) and were disbanded. Richard was reassigned to the 1st Special Service Force, which was a joint American and Canadian unit, and also the Combined Amphibious Forces unit prior to his discharge in the Fall of 1945.