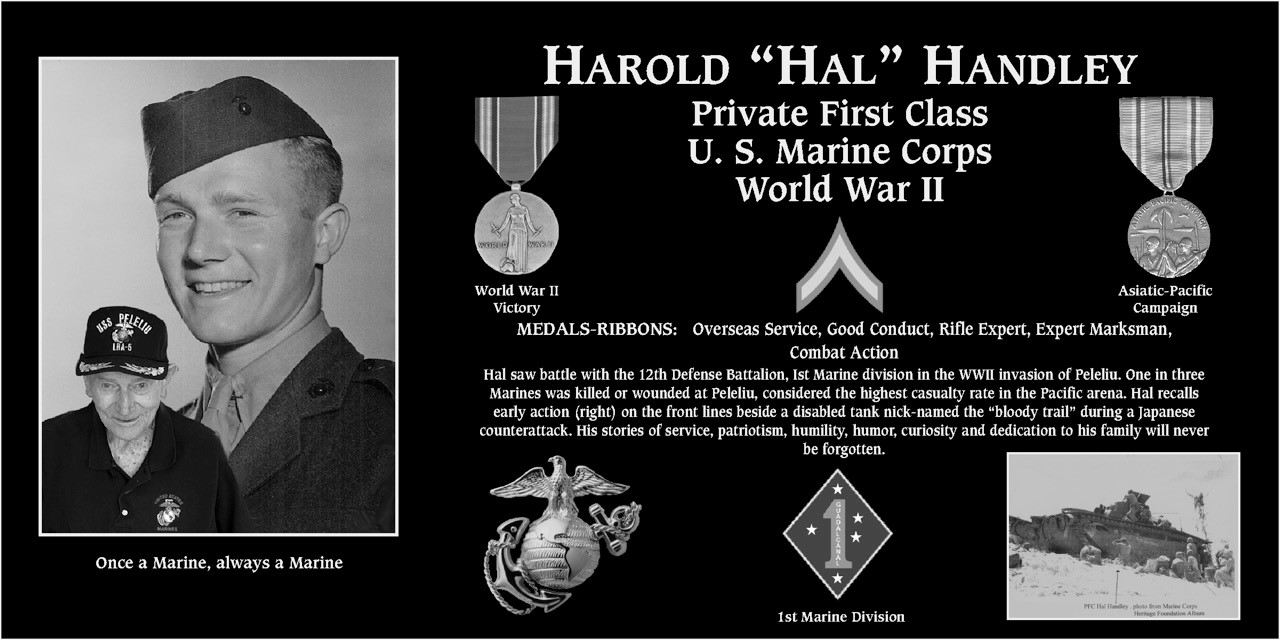 Hal served in WWII as a Radio Operator for the 12th Defense Battalion, Ist Marine division on Pelileu. Hal was photographed (right) at the front lines taking respite from the heat and humidity behind a disabled tank nicknamed the “bloody trail” while Japanese mini-tanks attacked their position. One in three Marines was killed or wounded during the battle for the Palau Islands, by many accounts the highest casualty rate in the Paciﬁc arena.

Inspired by his training and service, he took his talent as a baseball catcher to UCLA and played for the Chicago Cubs for two years. This plaque honors his service, patriotism, storytelling, humility, sense of humor, curiosity and dedication to his family. His wife of 72 years, Donna and his children, Hal, Jr., Laurie, Jon and his grandchildren Clark, Conor and Tate dedicate this plaque in tribute to him and all those service-men and women from the Greatest Generation.

"Once a Marine Always a Marine!"