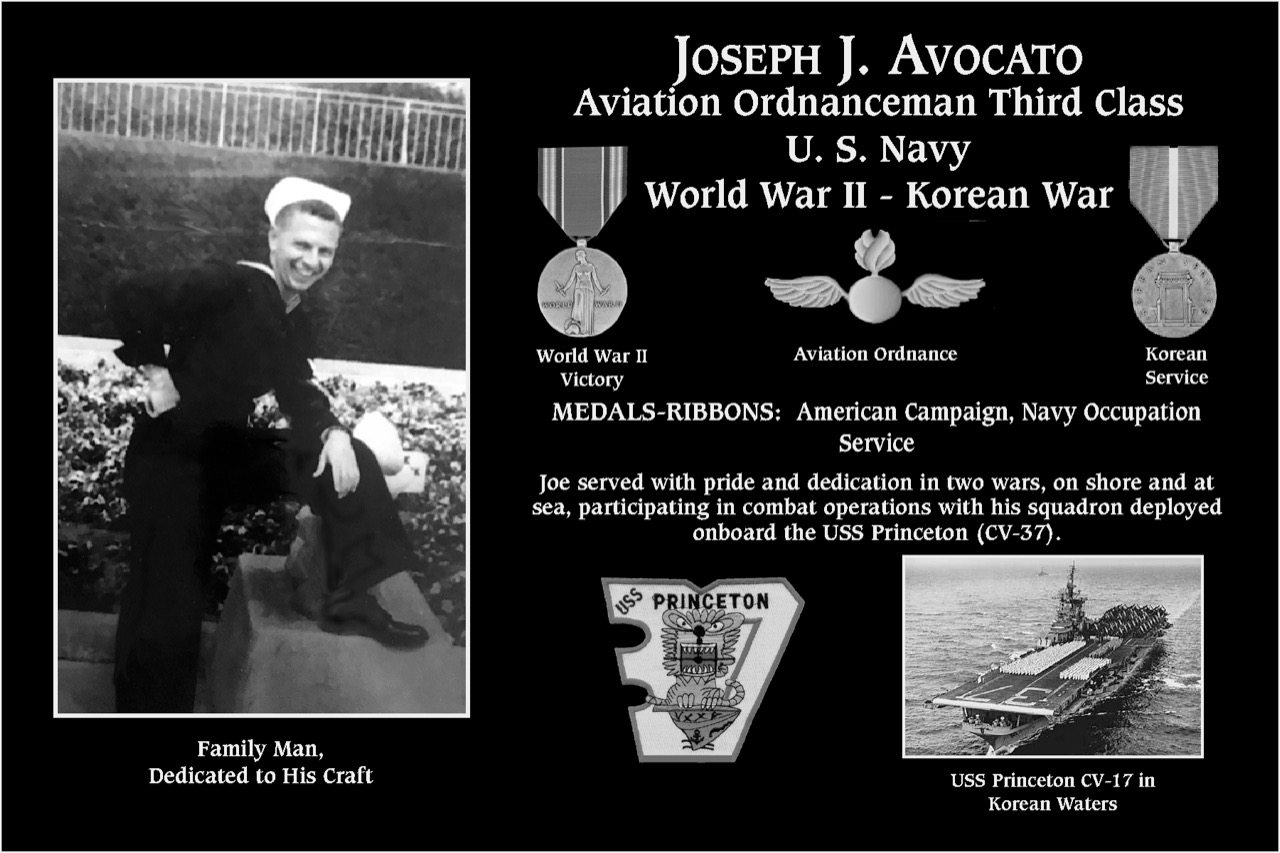 • Guiseppe Avacato and Rosalia Bongiovanni were the proud parents of 9 children, Joe is the youngest.

• Moved to New Orleans when he was 9 years old.

• Worked a newspaper route with two of his older brothers (well, rather, the route was passed down to him when his brothers got older) when he was in high school

• Graduated from High school in Spring of 1944; got his Draft notice in September 1944 and (because he was influenced by my father of his brother Frank. Frank is also the proud father of Michael & Dawn Avacato (in attendance here today).), Joe joined the Navy with days of getting that Draft card. Joe served in the United Sates Navy in two wars. He served Proudly in WWII and after a short stint away from active duty, reupped and served aboard the USS Princeton during The Korean War.

• After his time in the US Navy, Joe pursued his passion for the game of golf.

• We love him and are so proud that he is in attendance here today in celebration of his service and commitment along side of his Nephew, Thomas E. Ferguson