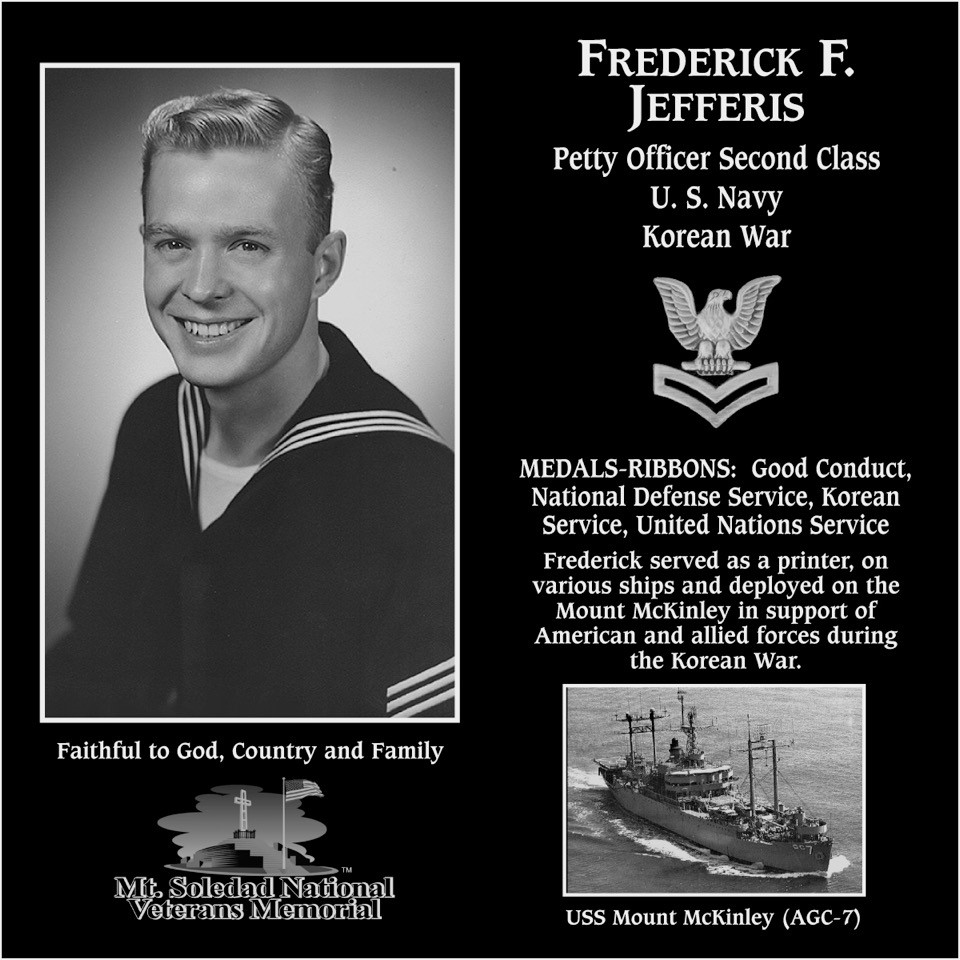 Frederick (AKA Jeff) sailed aboard the USS Mount McKinley. It was an amphibious command ship, serving as the 7th fleet floating command post, for General Douglas MacArthur, during a turning point in the Korean War and as the flagship for nuclear bomb testing in the Pacific. She was named after the highest mountain in North America. Serving aboard the USS Mount McKinley, Frederick was required to have top secret clearance, due to the nature of the missions. While serving under the command of General MacArthur, Frederick and his co-workers in the print shop worked on: orders for all the ships, timeline and landing orders, water temperatures and any other pertinent details. The print shop crew was also responsible for typing the daily ship's log. As a result of his naval service, during the Korean War, Jeff and his bride, Donna discovered the many wonders of California and decided to make San Diego their home, moving from the cold winters of Washburn, North Dakota. Jeff recently recounted his naval experiences, to his great grandson, and ended with he was happy and proud to have served his country!