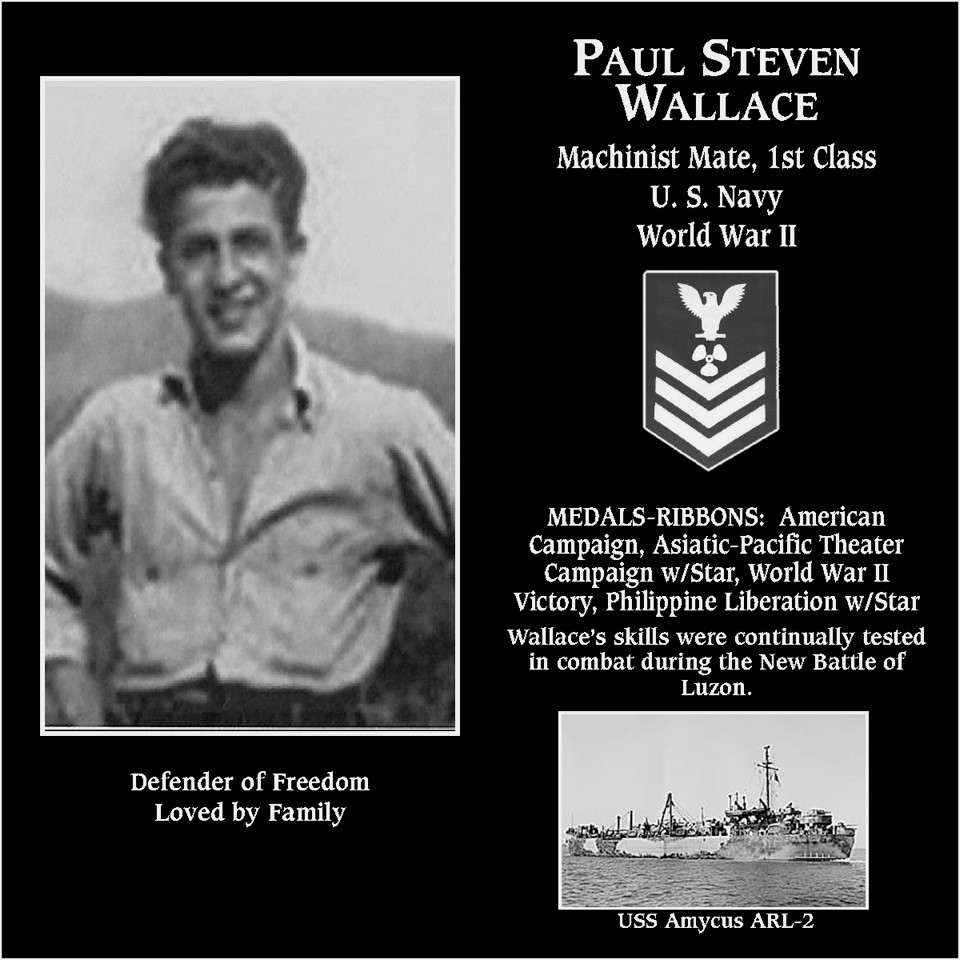 Paul Ramos was born on June 4, 1926, in Los Angeles, CA, to immigrant parents. His mother was an American citizen, born of US and Peruvian parents. His father was Basque, from northern Spain.

When Paul was about 12 years old, his father became a US citizen, and the family, wanting an American name, changed its name to Wallace, after the then Vice President, whom his father greatly admired.

Paul grew up in Southern California. When he was 17, he enlisted as a Machinist Mate in the Navy. He served during World War II aboard the USS Amycus (ARL-2). He served for 3 years, leaving the Navy as a First Class Machinist Mate.

He has spent most of his life in San Diego, working as a machinist. He retired at age 91 and now lives in Pacific Beach with his wife, who is a former Naval Intelligence Officer