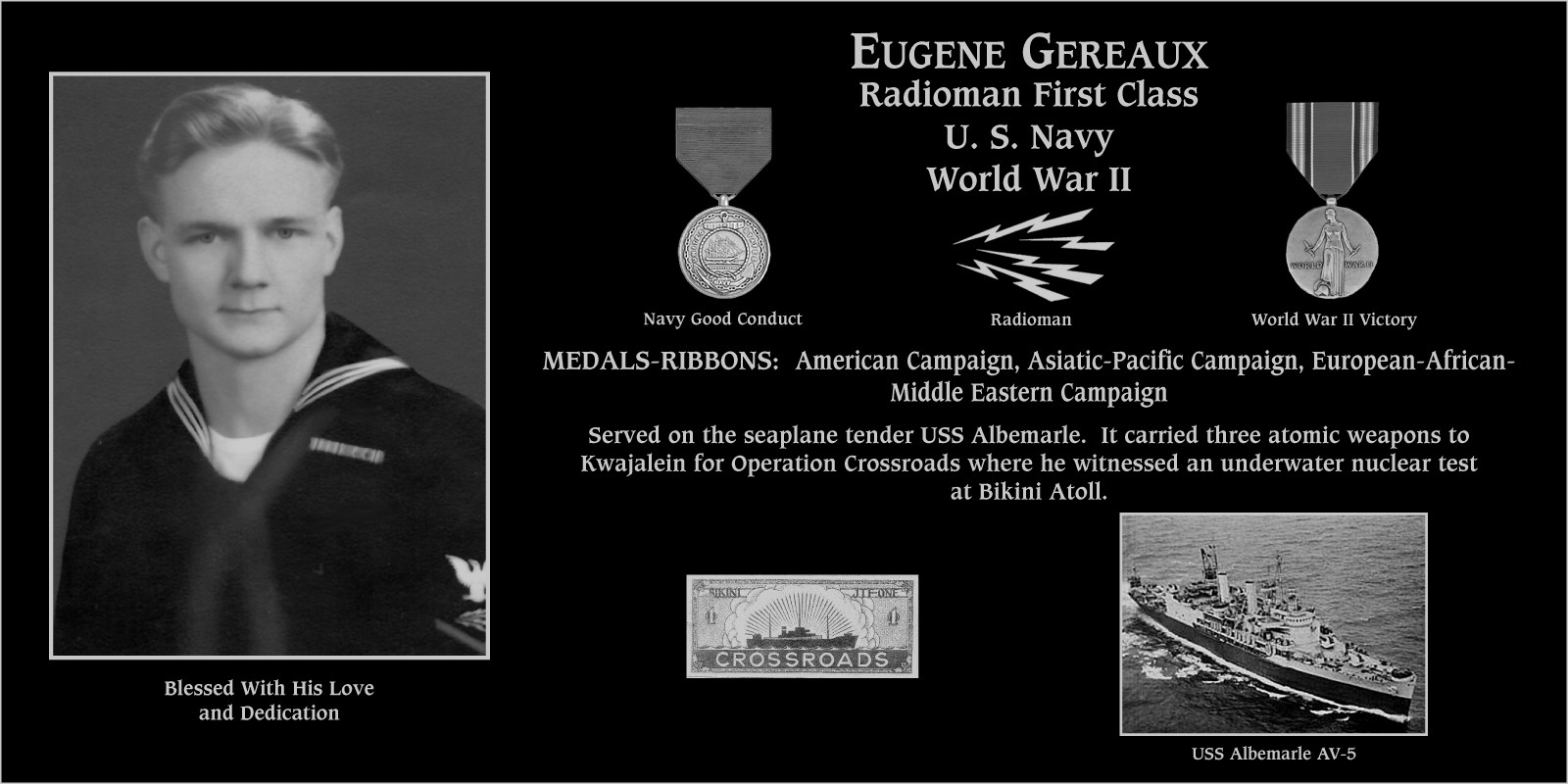 Eugene Gereaux was born in St. Louis, Missouri and from the age of five was looking to escape. His escape was WW II as a Navy radioman on a seaplane tender, the USS Albemarle. The war took him to European, African, Middle East, and the Pacific from 1942-1946. After the Navy, he quickly settled in Los Angeles where he met Gisele, his wife of 53 years, until her passing in June, 2012. Gene and Gisele had two boys, Dean and Guy.