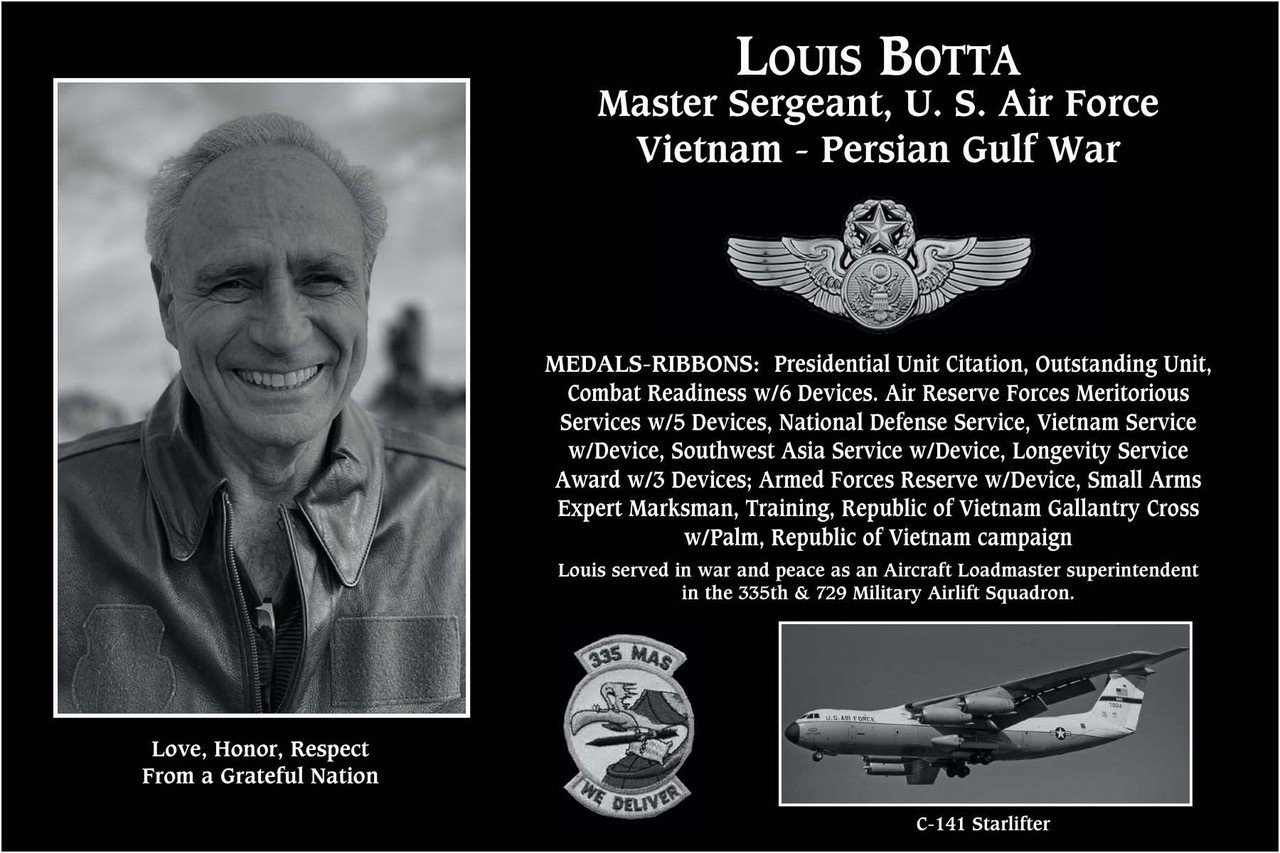 Louis Botta was born in 1950 in the Bronx, NY. He left college to enlist as an Airman in the US Air Force in 1970 during the Vietnam War. Mr. Botta remained with the Air Force Reserves as a Loadmaster in the 335 Military Airlift Squadron (MAS) serving out of McGuire AFB in New Jersey before transferring to the 729 Military Airlift Squadron (MAS) at Norton AFB, California in 1983. MSGT Botta was recalled and returned to Active Duty in 1991 and served his country proudly with distinction during Operation Desert Storm in the Persian Gulf War. He retired from the reserves and a life of service in 1994.