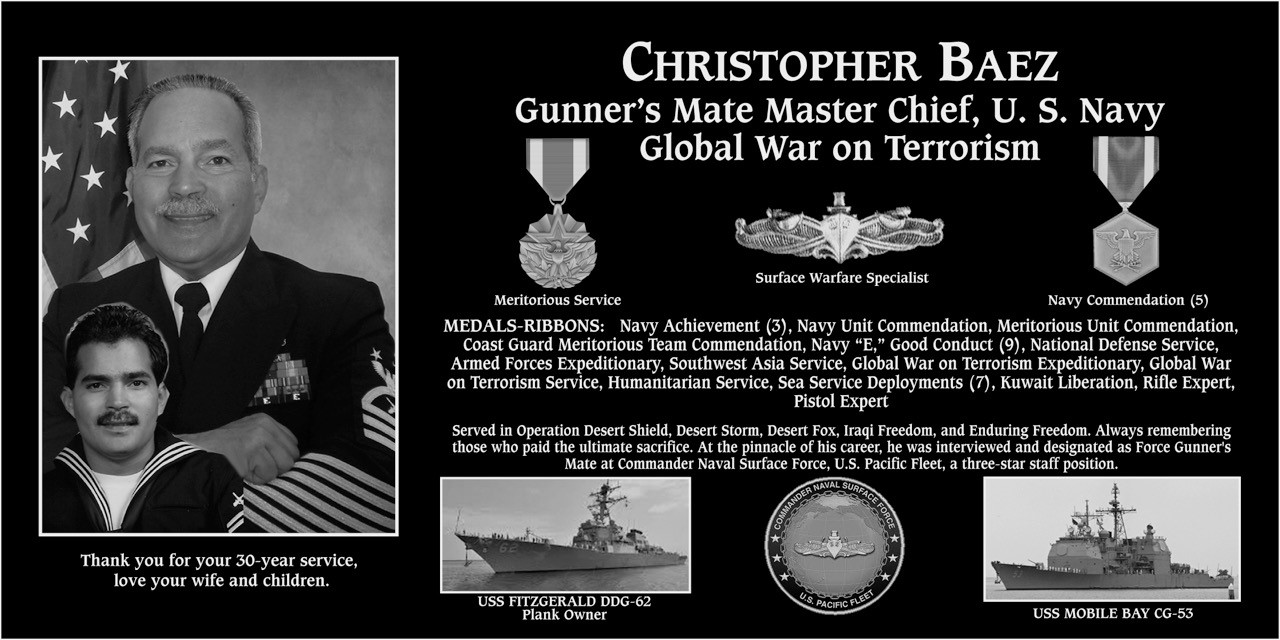 Christopher Baez was born November 21, 1960 in the French hospital Manhattan NY; he was raised in Puerto Rico. He graduated high school in Mayaguez. He met the love of his life Julie and married her in Cabo Rojo. They moved to Brooklyn NY and he joined the Navy, he went to boot camp in Great Lakes Illinois. During his career he earned a Bachelors’ of Science in Information Technology. Chris and Julie have three children Christopher Jr, Teala, and Tiffany and they enjoy their grand children Vincent, Cristiano,and Viviana.

1995 – 1999 Naval Weapon Station Seal Beach CA, he performed DEPOT level maintenance where he DE-CANNED various missiles from their canister and separated each section for testing. After testing, he IN-CANNED the missiles into their canisters and returned them into the ready service locker as all up rounds for the Pacific Fleet.