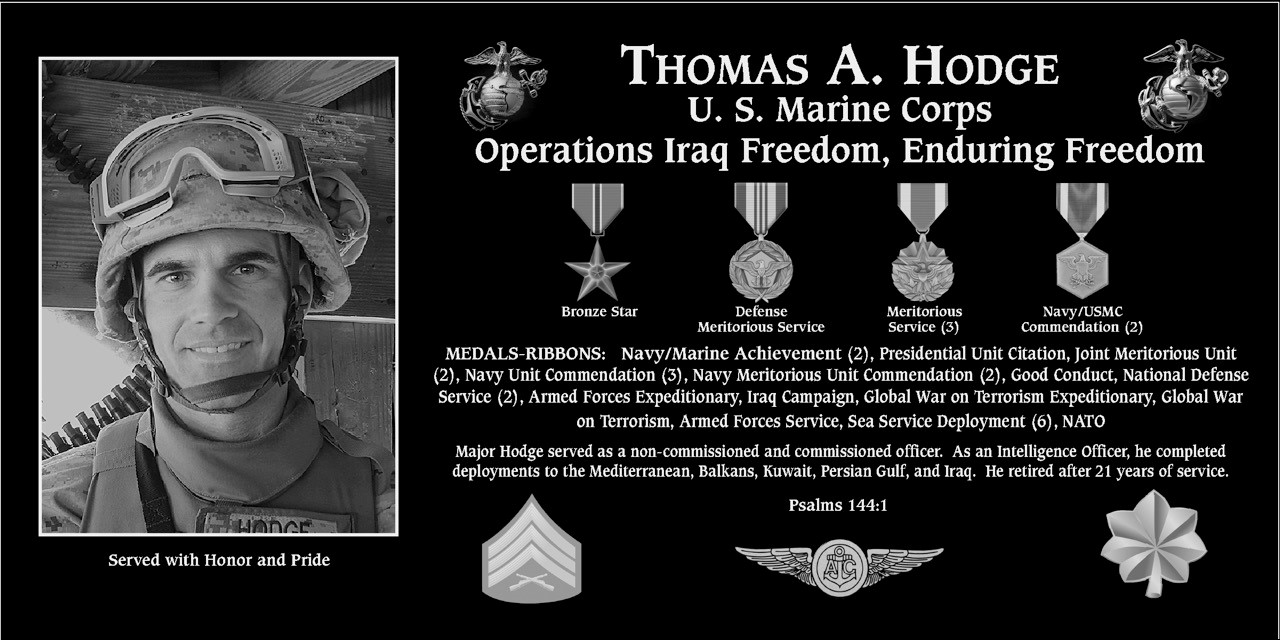 Major Hodge began his career in the Marine Corps when he enlisted in November 1990. Major Hodge graduated from Southern Illinois University and was commissioned through the Meritorious Commission Program in August 1996.

In January 2000, Major Hodge attended the Marine Air Ground Intelligence Officer’s Course, and upon graduation was assigned as the Intelligence Officer for MAG-13 in Yuma, Arizona. In April 2002, Major Hodge deployed to Kuwait in support of Combined Joint Task Force-Consequence Management (CJTF-CM). While assigned to CJTF-CM, Major Hodge served as a Plans Officer and Operations Officer under the J-2 Directorate until his redeployment back to MAG-13 in October 2002. In January 2003, Major Hodge deployed with MAG-13 onboard the USS Bonhomme Richard in support of Operation Iraqi Freedom (OIF) and served as the Intelligence and Targeting Officer for the Group.

From July 2003 to July 2006, Major Hodge served as the Commanding Officer of the Marine Corps Detachment, Goodfellow Air Force Base in San Angelo, Texas. The Detachment is responsible for training Marines in the occupational fields of Fire Protection, Imagery Intelligence, and Signals Intelligence.

From June 2008 to June 2011, Major Hodge served as the Commanding Officer of Recruiting Station Phoenix, which was his last assignment. He retired on September 30, 2011.