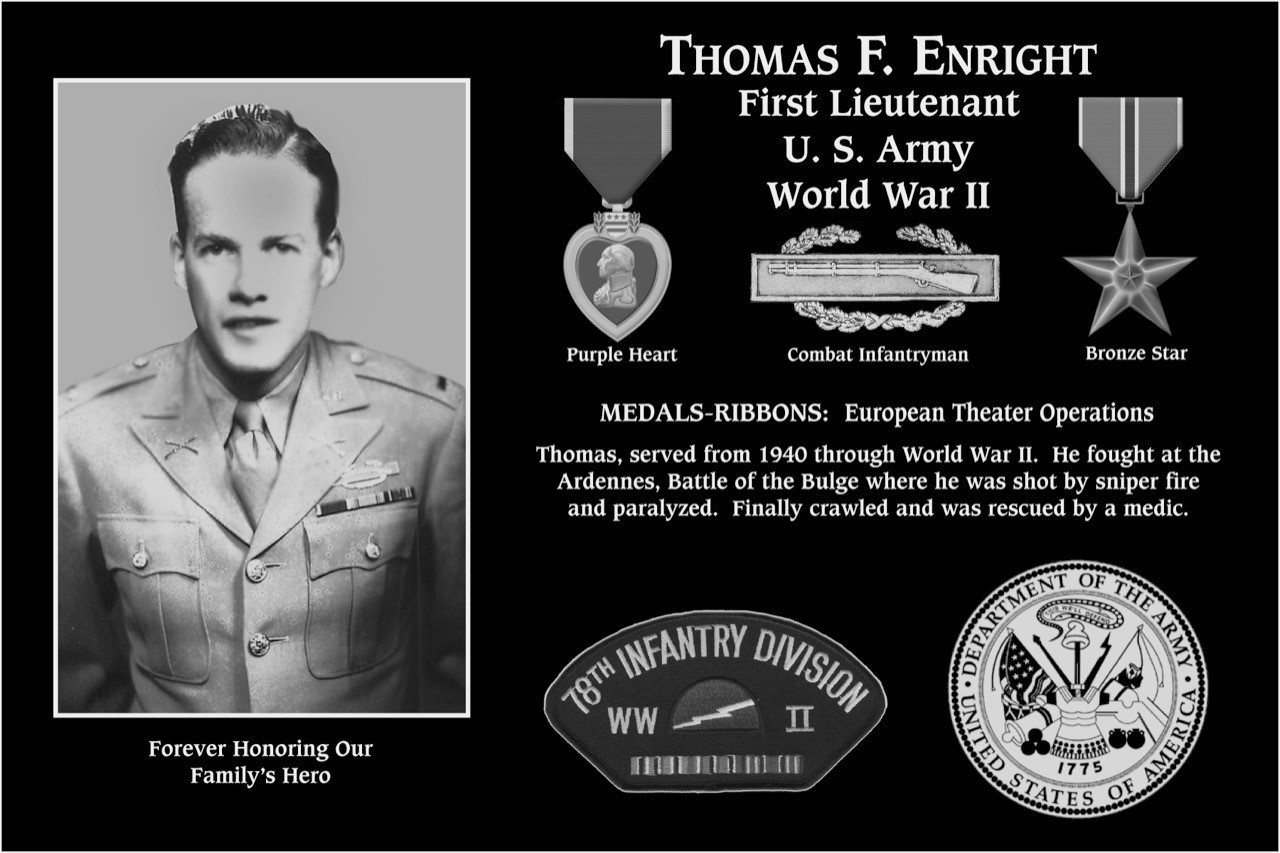 Thomas F Enright was born June 23, 1917 in Glencoe, IL. He entered the service in Nov 1940 and served in the infantry (78th Division Co. B) stationed at Ft Sheridan; Ft Custer; Camp Wheeler; Ft Benning; Camp Pickett. Tom fought at Ardennes, Battle of the Bulge in Dec 1944 where he was shot by sniper fire and paralyzed from the waist down. He laid in the snow not moving until he was able to crawl to safety and was rescued by a medic. They were able to move him to an air station for emergency surgery and then on to Belgium for more surgery. He was put on an ambulance ship to Boston, MA then to an army hospital in Indianapolis, IN. Following two years of recovery he learned to walk again but never recovered feeling in one leg. Tom was awarded the Bronze Star, Purple Heart and ETO Ribbon. He retired as a First Lieutenant. Tom went on to marry Bettyann Kearns and they had three sons: Thomas Jr, William & John. He passed away May 10, 1999 and was loved by his sons and grandchildren and everyone who knew him.