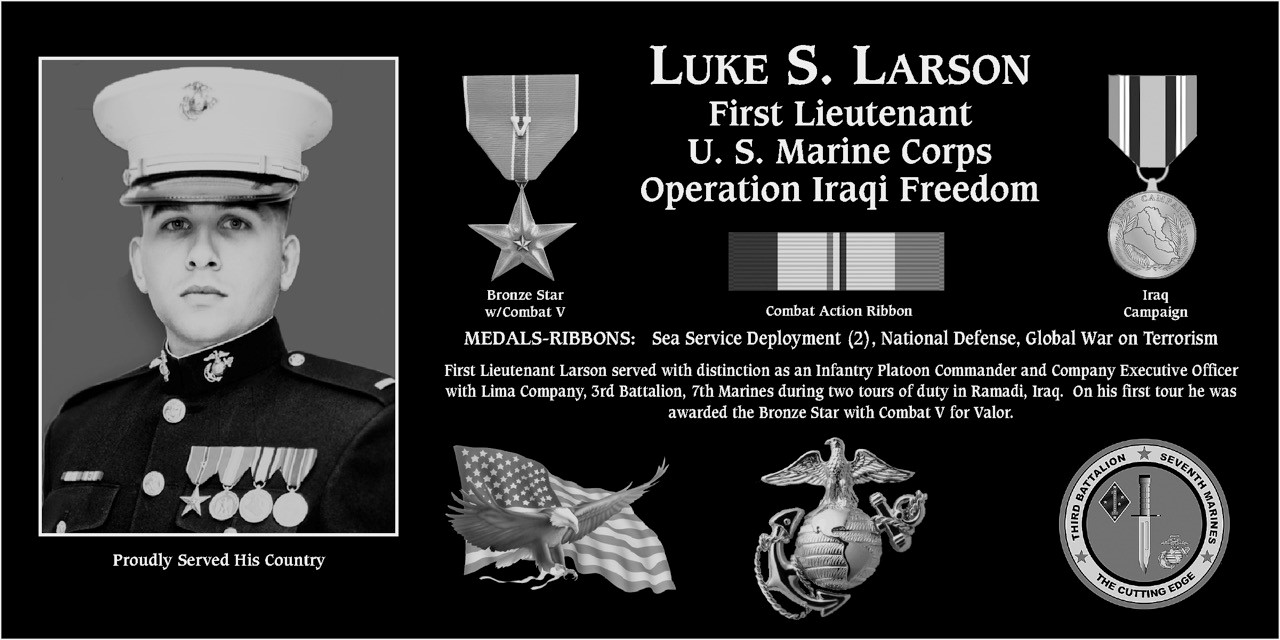 As President of Axon, Luke Larson is responsible for leading the company's day-to-day operations and overseeing all aspects of the company. Mr. Larson joined Axon in 2008 and has filled a variety of executive and management roles since then, becoming President in April 2015. Prior to joining Axon, Mr. Larson served two tours in Iraq as a Marine Corps infantry officer and was awarded the Bronze star with V for valor on his first tour. Mr. Larson graduated from University of Arizona on an NROTC scholarship and has an M.B.A. from Thunderbird School of Global Management.

During his career in the Marine Corps after being commissioned as a Second Lieutenant, Lt. Larson was stationed in Quantico, VA for The Basic School and Infantry Officer Course. Lt. Larson was then assigned to Lima Company 3rd Bn, 7th Marines in 29 Palms, CA and deployed to Ramadi, Iraq in 2005. After being promoted to First Lieutenant, Lt Larson served as the Lima Company Executive Officer for a second tour to Ramadi, Iraq in 2007.