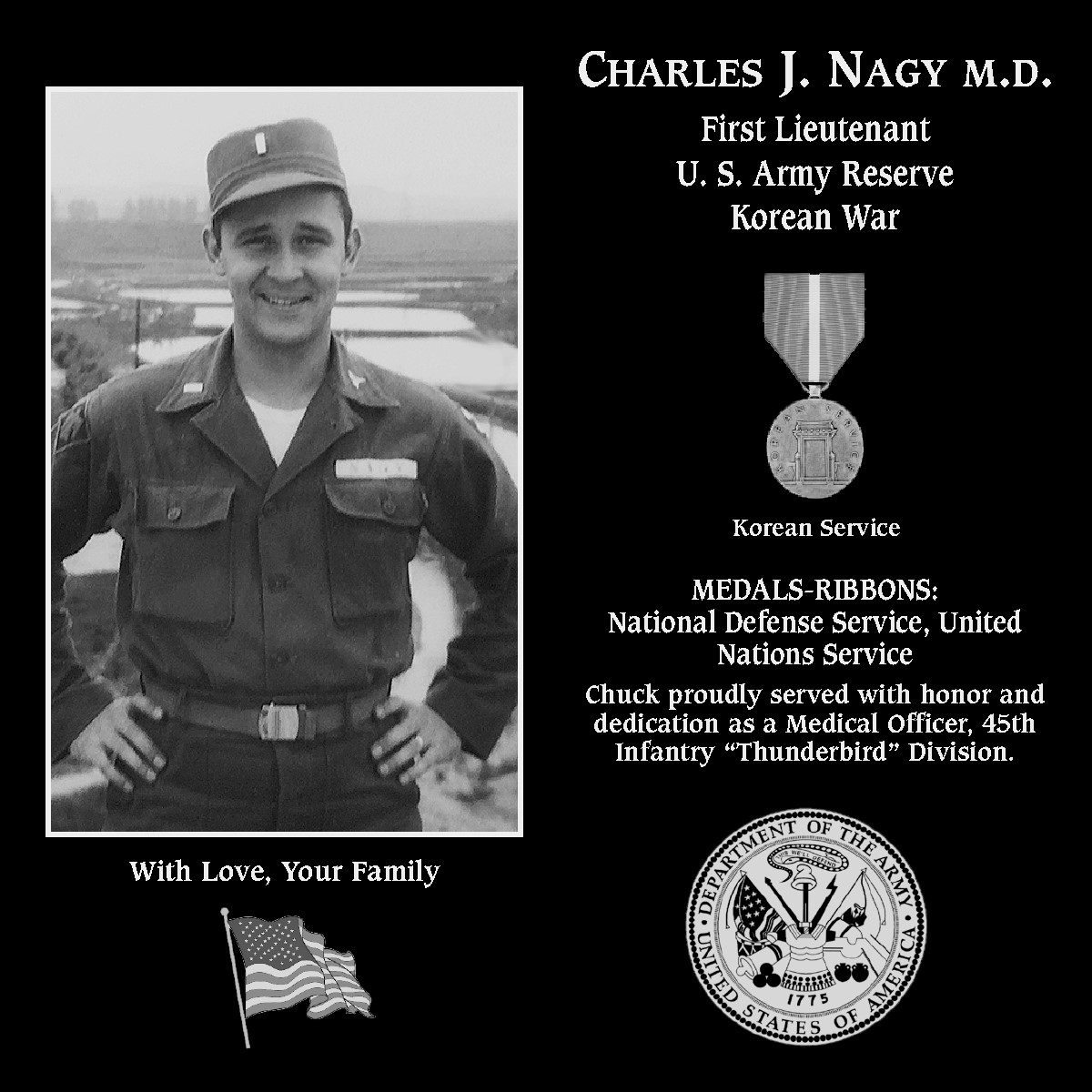 Charles John Nagy, M.D. was born in Toledo, Ohio June 14, 1928. In 1951, he graduated from Northwestern University medical school, Chicago, Illinois, at the age of 23. Chuck practiced as a General Practitioner in Toledo, Ohio from July 1952 to April 1953. He then served in the Korean War as a U.S. Army Reserve Medical Officer (First Lieutenant and later Captain) in the 45th Infantry “Thunderbird” Division from May 22, 1953 – February 1, 1955. Dr. Nagy received the Korean Service Medal, National Defense Service Medal and the United Nations Service Medal. He served his country with honor and dedication.

Upon discharge, he and his family moved to Bark River, Michigan where Chuck practiced medicine as the town’s only doctor. The family later relocated to the Chicago suburbs and ultimately to La Jolla in 1969. Dr. Nagy was a partner and practicing physician with Kaiser Permanente until his retirement in 1993. He had four daughters, six grandchildren and eight great-grandchildren. He is interred at Fort Rosecrans, San Diego, California joining his wife who was laid to rest there in April 2005.

Chuck was a loving husband, wonderful father, great friend and a dedicated doctor.