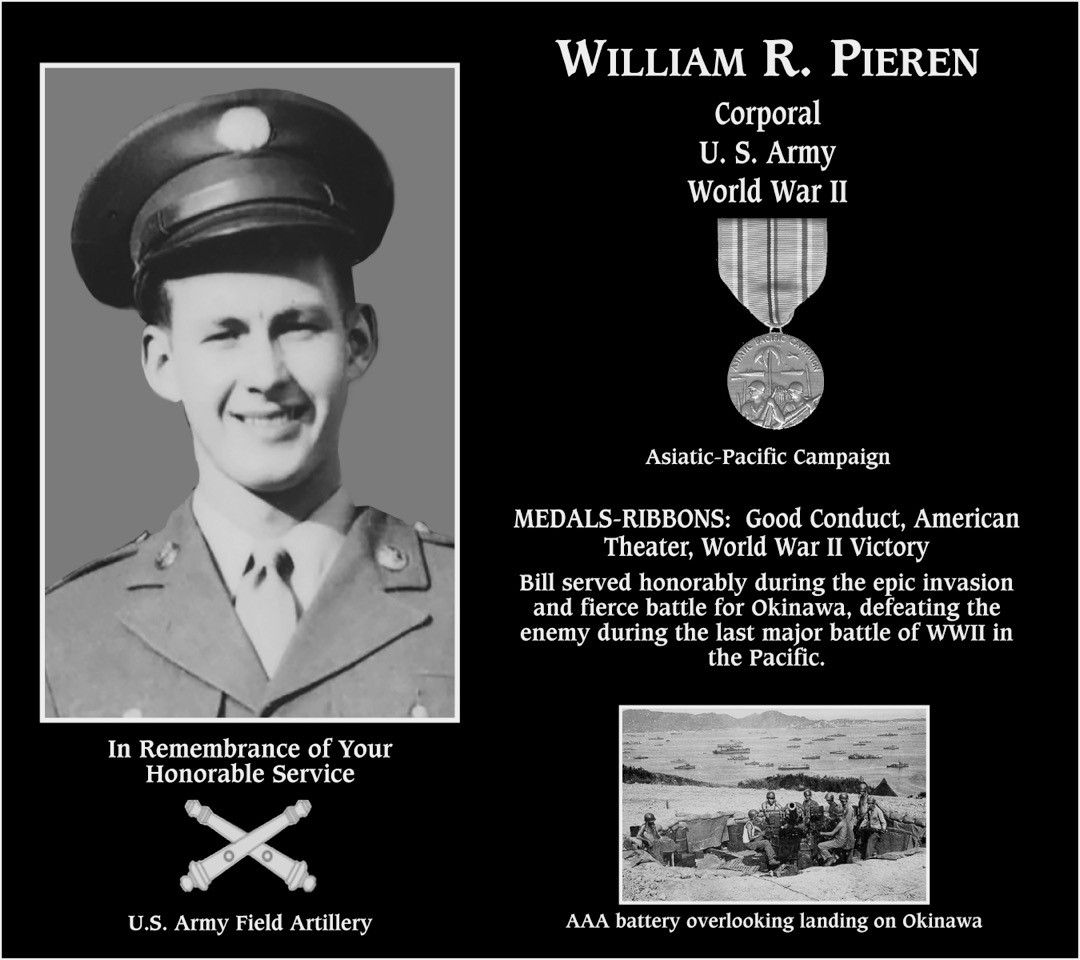 Bill was born and raised in Portland Oregon. He was drafted into the Army in early 1943 and honorably served his country through the end of WWII. Following his discharge, Bill earned degrees in Engineering and Business Administration from Oregon State University and then relocated to Los Angeles to work in the Aerospace industry. He married Joan Halvorson and they ultimately settled in San Diego with their four children. Bill's work shifted to nuclear power plant design and construction which required him to relocate several times throughout his career. In retirement, he once again settled back in San Diego. Bill passed away in 1996.

Bill would be proud to have his WWII Army service and sacrifice to his country acknowledged with this plaque at the Mount Soledad Memorial. Bill would also be honored to have his plaque co-located with his two brother-in-laws: Ron and Doug Halvorson (Vietnam Veterans).