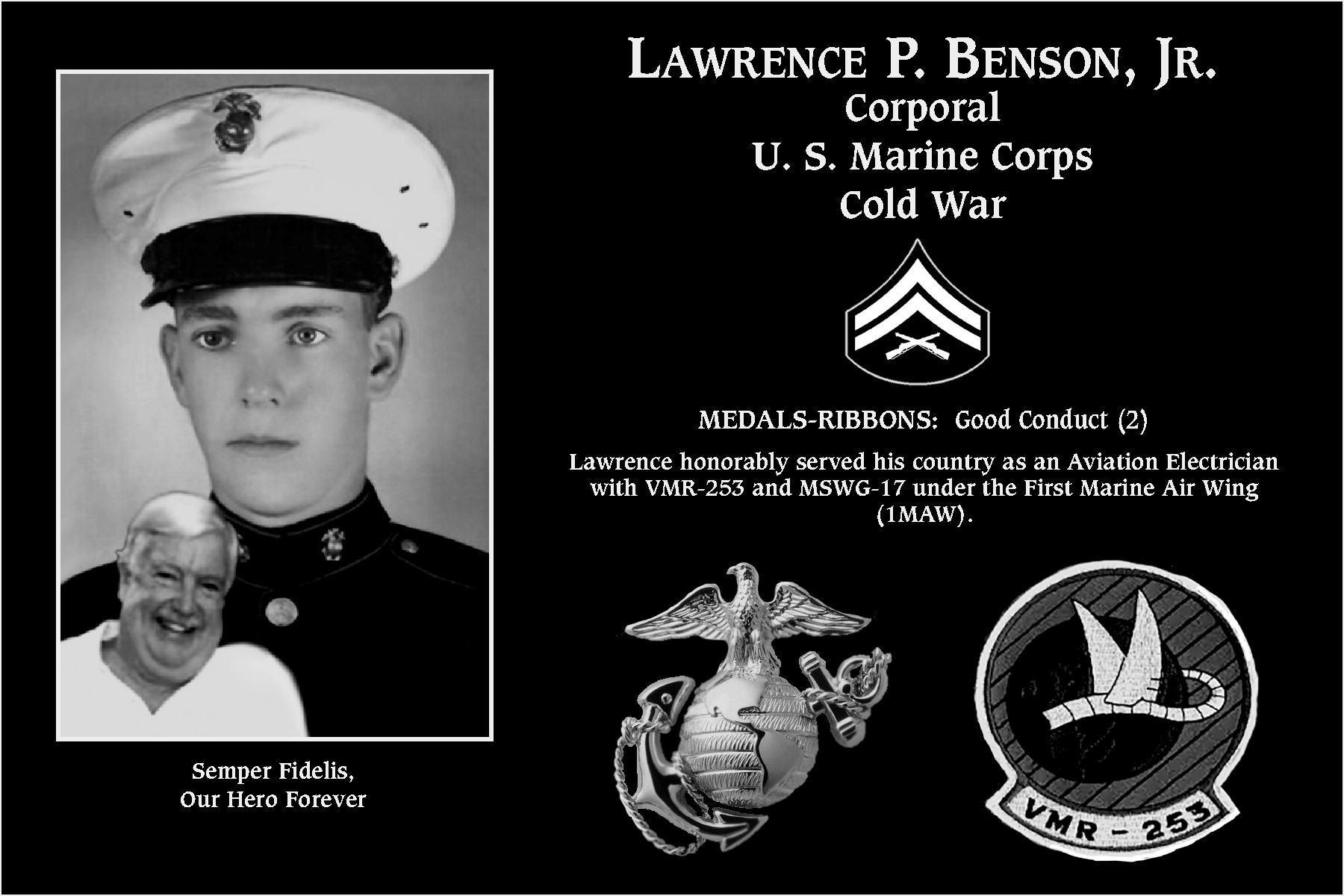 Lawrence Porter Benson, Jr. was born on August 25, 1935 in Los Angeles, California to Lulu Belle and Lawrence Porter, Sr. The youngest, and only son, to the family that included sisters Caroline and Barbara.

After graduating from University High School in Los Angeles in 1953, and a couple years attending Santa Monica City College, Larry enlisted as a Private in the USMC in February of 1956. At the age of 20, he started his career as an Aircraft Electrician. With the loss of his father just 3 months later, he began an allotment to his mother; Always providing for his family.

During his time in the Marines, he was stationed at Quantico, VA and Yokohama, Japan. Being Honorably Discharged in 1959, he was placed on Reserve status until 1962 with the rank of Corporal.

In 1960, he married Sandra, and not only became a husband but a father to her child, Rick. After suffering the loss of their own child together, they proceeded to have their son, Robert, and 2 twin girls, Dedra & Debra.

Larry’s career outside of the Marines was continuous at Continental Airlines where he was employed from 1960 to 1999, retiring after 39 years of devoted service. His duties consisted of Supervisory positions in Los Angeles, Denver, Orlando & San Diego. Then moving to Houston as Director of Maintenance and finally Senior Avionics Engineer, where he stayed and became a resident.

After retirement, he was able to pursue more time doing what he loved the most; Golfing. Larry also enjoyed playing pool and joined a league with his friends at his favorite neighborhood bar/hangout.