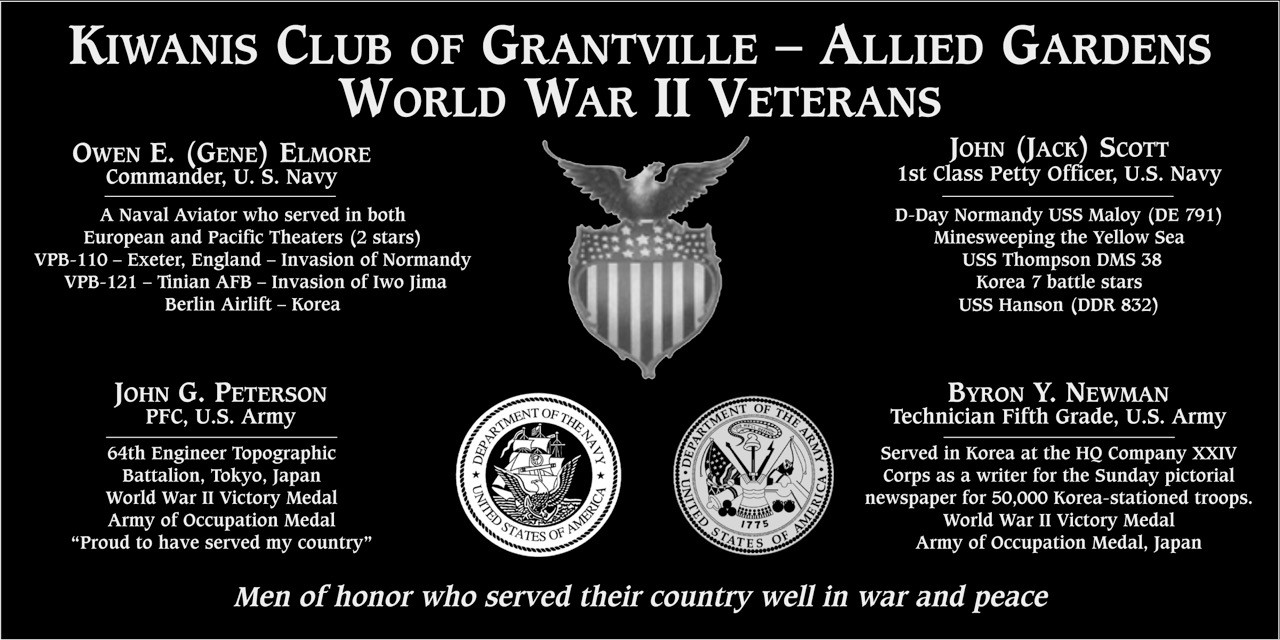 Born in Danville, Indiana, Gene entered flight school with that U.S. Navy and received his wings in Corpus Christi, Texas in 1943. He flew a B-24 (four engine aircraft) in both Pacific and European theaters, including several bombing missions on D-day, June 6th, 1944. In February 1945, he flew support missions for the invasion of Iwo Jima, and after the war he participated as a heavy transport pilot in the Berlin Airlift, a postwar humanitarian mission. Overall, Gene flew 162 missions in service to his country. In his postwar career, Gene has been an engineer, businessman, author of three novels, and publisher. He is still in the Navy reserves today! Gene joined Kiwanis in 1969, and in more than 50 years of membership he has served in practically every leadership role in our club. He served as a Club President in 1974 - 75, then a Division 21 Lieutenant Governor in 1985 - 86. He also won the Kiwanian of the Year award in 1982 - 83, and it’s one of the most respected members of our club.