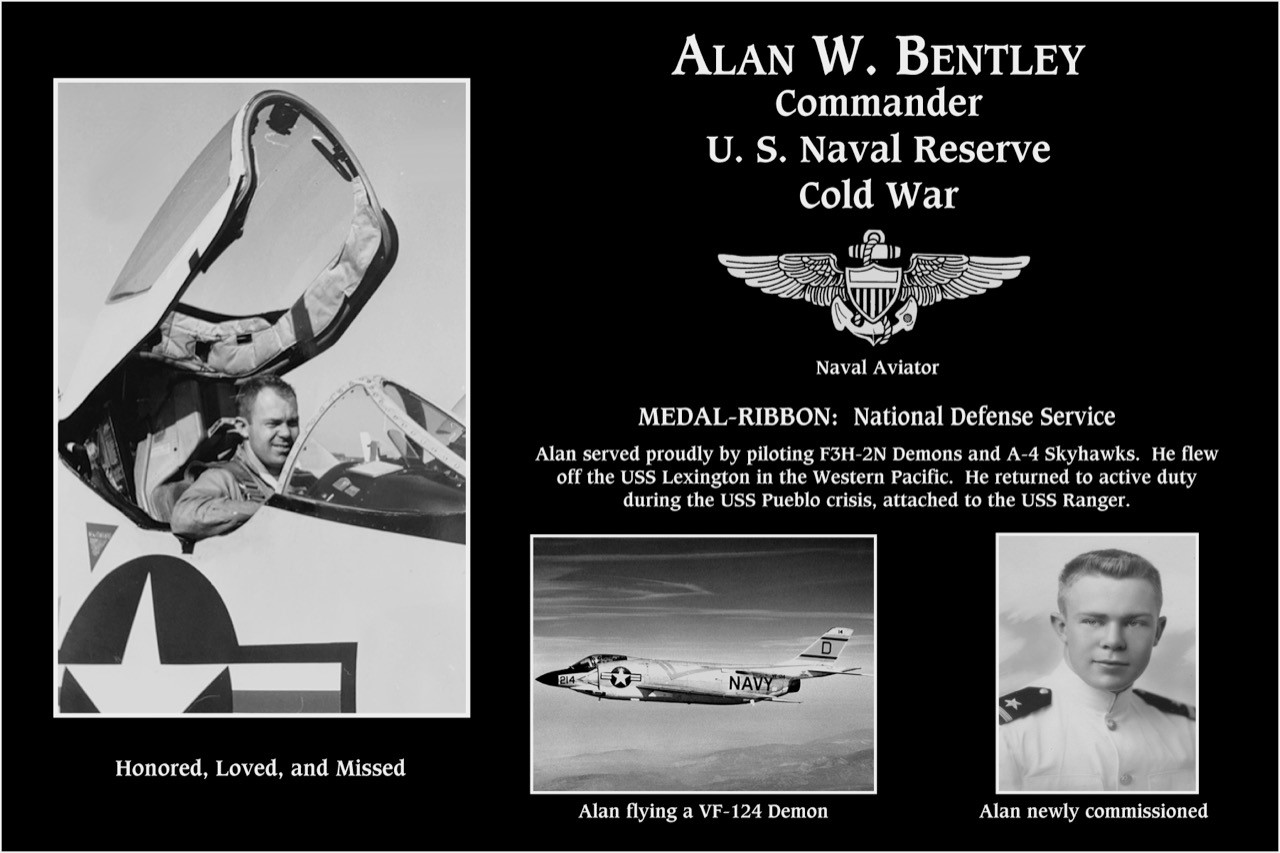 Alan proudly served his country by flying Navy jets. After completing flight school in Pensacola, he piloted F3H-2N Demons with VF-124, “The Moonshiners,” at NAS Miramar. His squadron was attached to the USS Lexington (CVA 16) during its 1957 WestPac Cruise. He transitioned to A-4B and A-4E Skyhawks with VA-776, based at NAS Los Alamitos and NAS Lemoore. Returned to active duty in January 1968 in response to the capture of the USS Pueblo (AGER-2), VA-776 completed carrier qualifications on the USS Ranger (CV 61) before reassuming reserve status in October 1968.

He was prepared to do what his country asked of him.