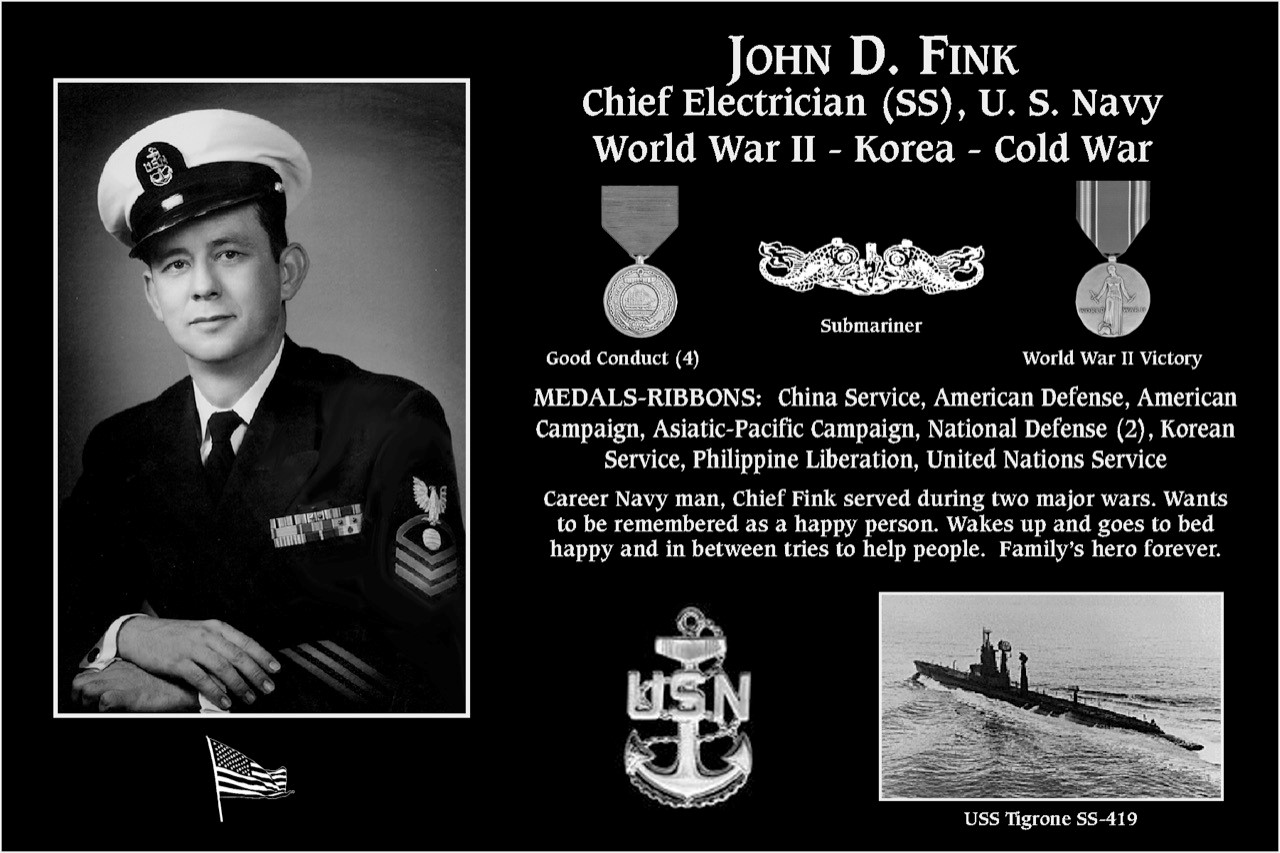 In 1958 he attended Post Graduate School in Monterey, CA. After attending Submarine School at New London/Groton, CT he served on the USS Halfbeak (SS 352) and the USS Tigerone (SS 419). He was honorably discharged on July 1, 1968 and retired to Redington Shores, FL.

He remained active in veteran's affairs and attended many reunions. When asked how he would like to be

remembered he said, "I am a happy person. I wake up happy in the morning, I go to bed happy at night and I try to help people in between".

He has outlived two wives and has two children (Darla Newman & Dallas Fink), eight grandchildren and ten great-grandchildren. After his divorce from Bonnie, his first wife, he lost track of his children for 38 years. Once they were reunited with him it was as if no time had passed at all. His second wife, Dorothy passed away in 2007. He never met a stranger and would talk to a stump if it would utter “uh huh” every now and then. His story is included in Alan Hooker's book, "My Friends & Heroes".