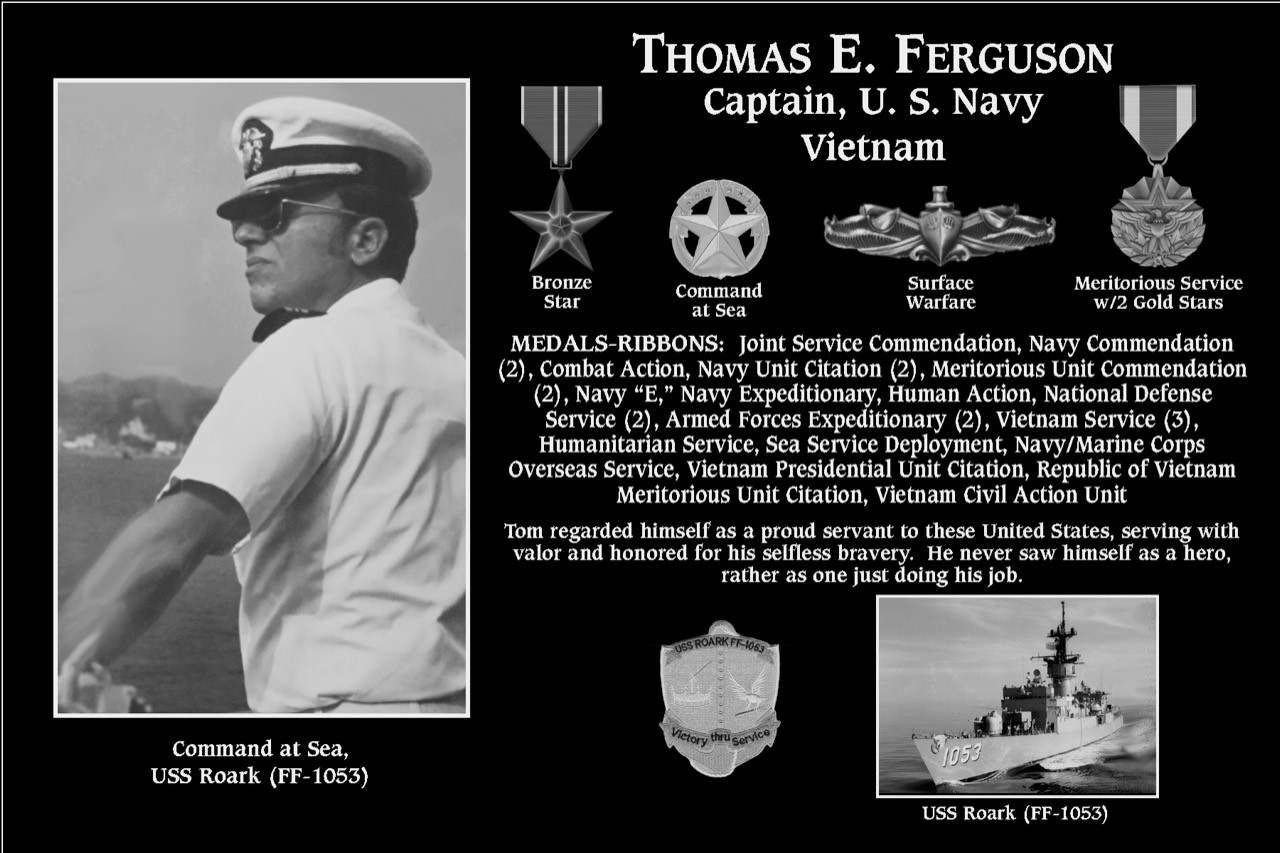 The only Child of Tom and Angie Ferguson

As a young man growing up, he and his parents lived together in New Orleans and Miami, FL.

Upon Graduation from College 1962, and inspired by his family’s love for the country and service to the military, Tom applied was accepted to Officer Candidate School (OCS). This would be the beginning of a long and distinguished career in the US Navy.

His first duty station was in Long Beach, CA. He was an East Coast, West Coast officer, working from numerous ports.

1972 his duty station was Saudi Arabia as an instructor leading the Saudi Navy training for young officers. Upon Tom’s return to the US in 1974 he was given the honor of selecting his choice of duty station. He wanted to get back to sea and selected San Diego where he was the Executive Officer of the USS Henry B. Wilson.

In 1975 the USS Henry B. Wilson was in the last battle of Vietnam. The mission was named "Operation Frequent Wind.” The SS Mayaques was seized by the Khmer Rouge and the task was to enter Cambodian territory and rescue & retrieve. His leadership and heroic achievements during the mission earned him the Bronze Star Medal.

While Tom thoroughly enjoyed each duty station his tenure as the Commanding Officer of the USS Roak was the pinnacle for an officer who’s focus was Surface Warfare.

After retiring from the US Navy, Tom settled in with his wife Mary of over 50yrs and three sons, Tom, Chris & William. He spend time with his family and developed a love for the game of golf and always looked for opportunities to play alongside his family.

His passing on April 8, 2008 was a day of reflection for each of us as we all remember the pride and admiration for a such a caring husband, father, grandfather and US Patriot.