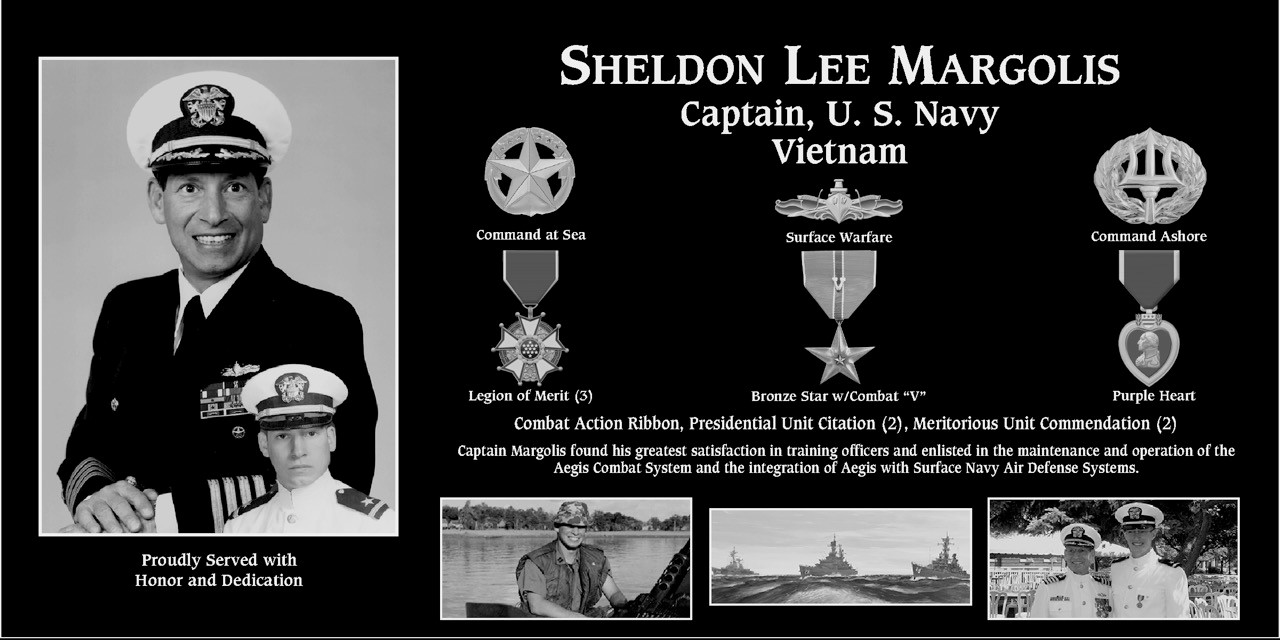 Sheldon L. Margolis of Baltimore, Maryland, graduated from the Rensselaer Polytechnic Institute under the NROTC regular program with a BEE in 1965.

Captain Margolis' shore assignments led to his designation as a proven Weapon System Acquisition Manager. He holds an MSEE from the Naval Postgraduate School in Ordnance Engineering, an MBA from Mary Washington University, and graduated with distinction from the Naval War College Off-Campus Seminar Program. He served as Field Project Officer for the Aegis and CG/SM-2 Weapon System Acquisition programs and as Executive Assistant to the Deputy Commander for Weapons and Combat Systems, Naval Sea Systems Command.

Joining Lockheed Martin in July, 1995, he was given the assignment of Capture Manager and then Program Manager, leading the Lockheed Martin Corporate Team on the Ingalls Full Service Contractor Team competing for the LPD-17 Program. From February 1997 to January 1998, he was the Technical Director for the Arsenal Ship Program, integrating the efforts of Lockheed Martin businesses, two shipyards, and other Aerospace companies on the team. In January, 1998, he became the Director, Lifetime Support Programs and Supply Chain Management/Depot Operations (including P&L and Functional Leadership) for Aegis (domestic and international, FFG 7, LCS, Surface ASW, Coast Guard Systems and Sea-Based Missile Defense. He also had additional responsibility as the Director of Readiness, Operations and Support for the Taiwan Po Sheng FMS Program until he retired in January, 2011.

Throughout his Military and Lockheed Martin careers, and continuing still, he is active with the Boy Scouts, Jewish War Veterans, Military Order of the World Wars, and on the Board and serving as treasurer of the San Diego Chapter of the United States Navy League, and other veteran support organizations. He stepped down in November as the President and CEO of The Veterans Museum at Balboa Park.

He is married to Elizabeth Koeber Margolis, and they have two married children: Samantha (Omar Castro and Jayden), working here in San Diego, and Scott (Samantha, both Navy Lieutenants) stationed on ships homeported in San Diego.