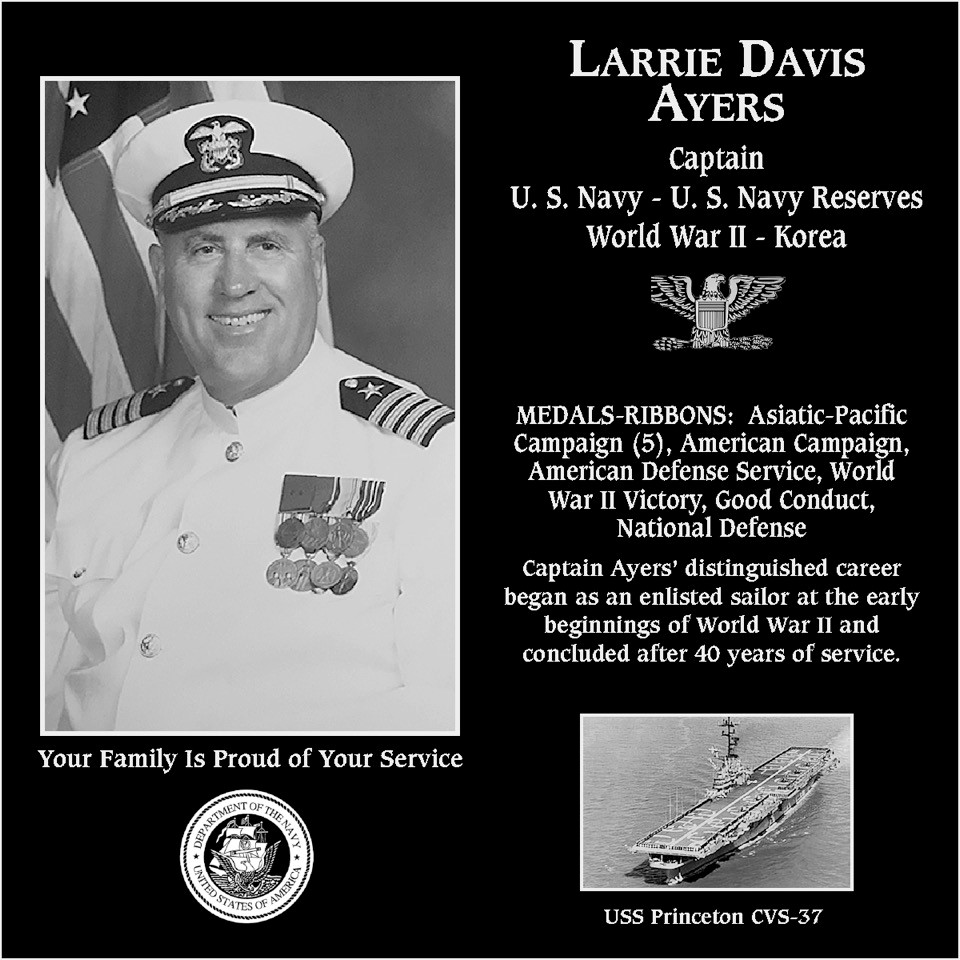 Larrie Davis Ayers, Captain of the U.S. Navy (Ret), was born on December 24,1921 in Roanoke, Virginia, to Mr. and Mrs. Oakie Ayers. Mr. Ayers joined the Navy in June of 1940 and served for 41 years, six years on active duty and the remaining years in the Naval Reserve. His military career included tours of duty in the USS Bataan, VA and the USNAS Norfolk, VA. He received the American Defense Service Medal, the Victory Medal World War II, and the good conduct medal.

While serving in the National Reserve, Mr. Ayers worked at NAS North Island, where he retired as a Superintendent. After his retirement from NAS North Island, he was made an honorary member of the National Association of Superintendents in 1979. He served as President of the National Association of Retired Federal Employees, as well as President of the North Island Credit Union Board from 1975 to 1986. He was an active member of the Normal Heights Masonic Lodge #632 for over 30 years, and received the Hiram Award in 1982.