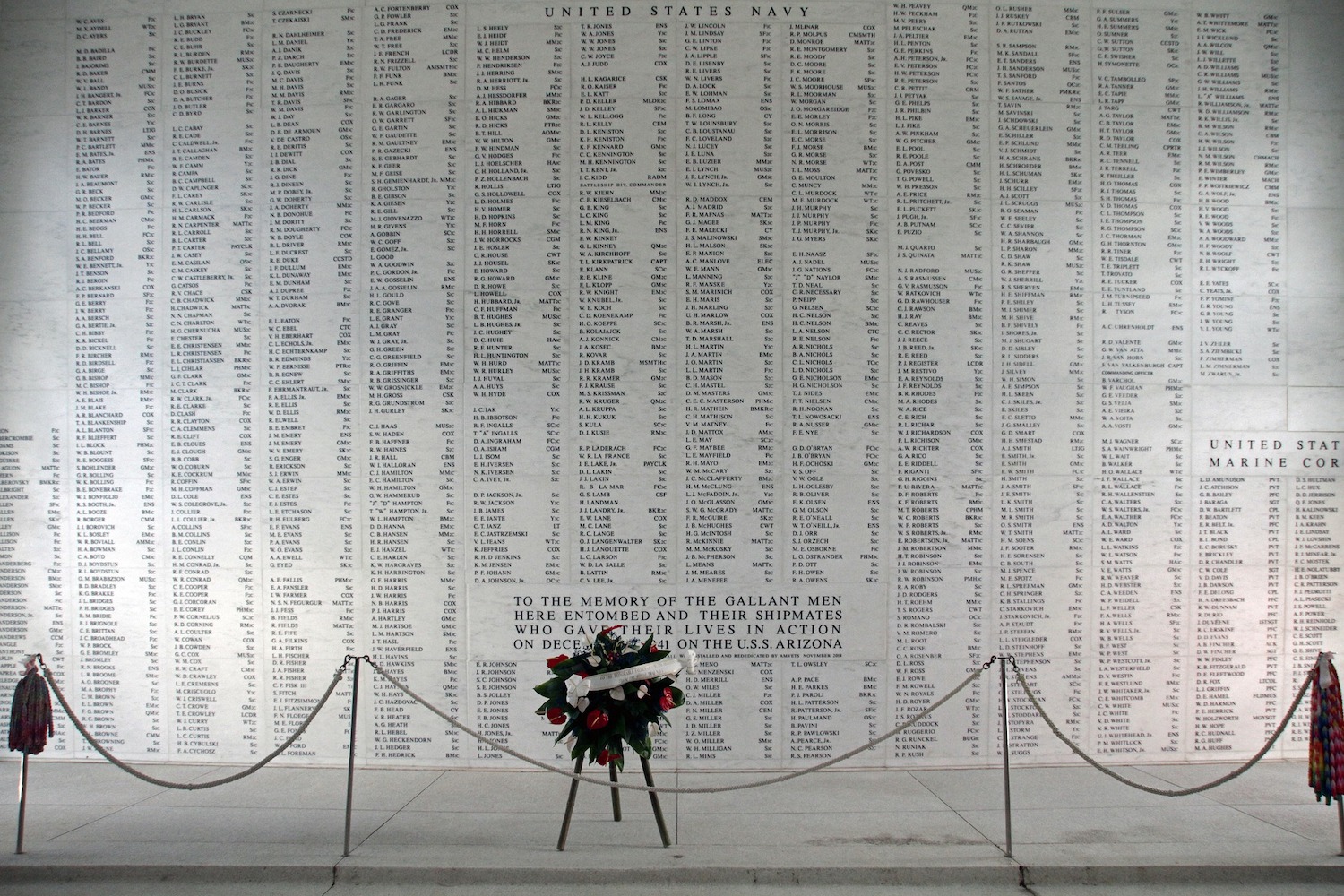 December 7, 2021 marks the 80th Anniversary of the attack on Pearl Harbor. The surprise attack by Japan caused over 2,400 American casualties, both military and civilian. It also marked a turning point in World War II and brought the United States out of isolationism and into the war. President Franklin D. Roosevelt requested Congress to declare war in retaliation after the attack.

This event was also the genesis of the famous quote made by Roosevelt in his speech the day after the attack: “Yesterday, December 7, 1941— a date which will live in infamy— the United States of America was suddenly and deliberately attacked by the naval and air forces of the Empire of Japan.”

Located in Honolulu, Hawaii, Pearl Harbor was the last place the United States expected an attack from Japan because it was nearly 4,000 miles away from the naval base. On that fateful morning of December 7th, a storm of Japanese fighter pilots descended upon the base and destroyed close to 20 naval vessels and over 300 planes.

One of the largest casualties came from the damage done to the USS Arizona, which sank after a bomb was dropped upon the ship, landing where the ammunition was stored. The ship then exploded, dooming 1,000 men to sink along with it. The attack left 7 battleships destroyed, but only the USS Arizona and USS Utah was left unsalvageable.

The Goal Of The Attack

Japan presumed that by wiping out the Pacific Fleet, the United States would be rendered unable to fight back. However, warfare had changed, and battleships were no longer the predominant means of battle. With the ever-increasing need to launch aerial attacks, aircraft carriers were the new vessels a military needed in war. Thankfully, all of the United States aircraft carriers were away from the naval base at the time of the attack.

The attack on Pearl Harbor also missed important supply sites such as oil depots, repair shops, and other necessary means of vessel repair and maintenance. This allowed the U.S. Navy to recover from the attack quickly, thwarting the plans of Japan.

The attack on Pearl Harbor was not only unexpected but produced unexpected results. Instead of preventing the United States from entering World War II, as Japan intended, it prompted our country into declaring war against them and brought us out of a period of isolationism and removed the US of any apprehension about entering World War II.

An attack on United States soil was a terrifying moment for many Americans, and many did not expect such a brazen act, but it famously “awakened the sleeping giant” and allowed the United States to become a world superpower. Roosevelt’s continuation from his famous speech the day after Pearl Harbor shows the zeitgeist of the moment, and how most people were left feeling after this attack on US soil: “No matter how long it may take us to overcome this premeditated invasion, the American people in their righteous might will win through to absolute victory. I believe I interpret the will of the Congress and of the people when I assert that we will not only defend ourselves to the uttermost, but will make very certain that this form of treachery shall never endanger us again.”