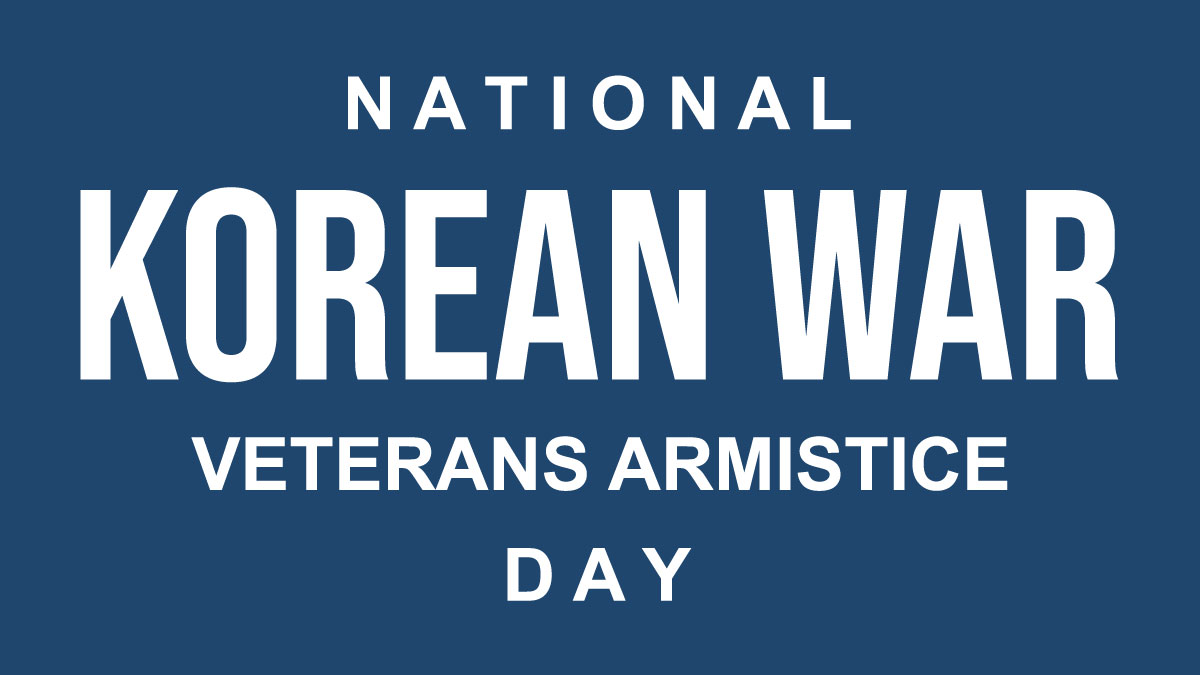 Every year on July 27, America recognizes more than 5.5 million veterans of the Korean War and those who have paid the ultimate price to protect our freedoms. The Korean War lasted three years, from June 25, 1950, to July 27, 1953. The war began shortly after World War II when South Korea was invaded by North Korea’s communist forces. The Soviet Union wholly supported North Korea’s invasion of South Korea. To fight off the spread of communism, the United States deployed troops to support South Korea and wear down the communist forces. On July 27, 1953, an armistice was signed.

The U.S. faced more than 36,000 combat casualties and more than 103,000 service members were injured in action. According to the Defense POW/MIA Accounting Agency, there are still 7,556 personnel unaccounted for as of June 15, 2021Historians refer to the Korean War as “The Forgotten War” because of the way the war ended and the lack of attention it received compared to other wars, such as the two World Wars or the Vietnam War. The war ended with Korea in the same state as it was before, except that America lost troops protecting it. It did not receive as much media attention aside from the television series M*A*S*H, which took place in a U.S. Army field hospital in South Korea.

American officials were caught off guard by North Korea’s bold strike on South Korea. They feared it was beyond a feud between two dictatorships and realized this could be the first step to a rise in communism. Many top political figures felt there was no other option except to declare war against North Korea in the hopes to “contain” communist expressionism.

In the beginning, North Korean soldiers were ruthless as they fought against South Korea and their American allies. They were well trained, disciplined, and had all the equipment they needed to win any battle. On the contrary, South Korean troops were afraid of the war. They fled when they could and were confused at the nature of war. American soldiers were also at a disadvantage. They did not the know the land and drank diseased waters. Many of them suffered from intestinal diseases and other illnesses as a result.

After a year of negotiation with China to prevent an escalation of war, President Truman discussed peace terms with his military commanders. While both sides wanted a ceasefire, they were unsure of what to do with their Prisoners of War. It took another two years from 1951 before North Korea, China, South Korea, and the U.S. could come to an agreement with the Prisoners of War. Unfortunately, many of the POWs in North Korea were treated poorly and sent to die either on the battlefield or sent to re-education camps. After the Korean War, many South Korean POWs were given North Korean citizenship and sent to work in the lowest caste system and watched by the North Korean State of Security forces.