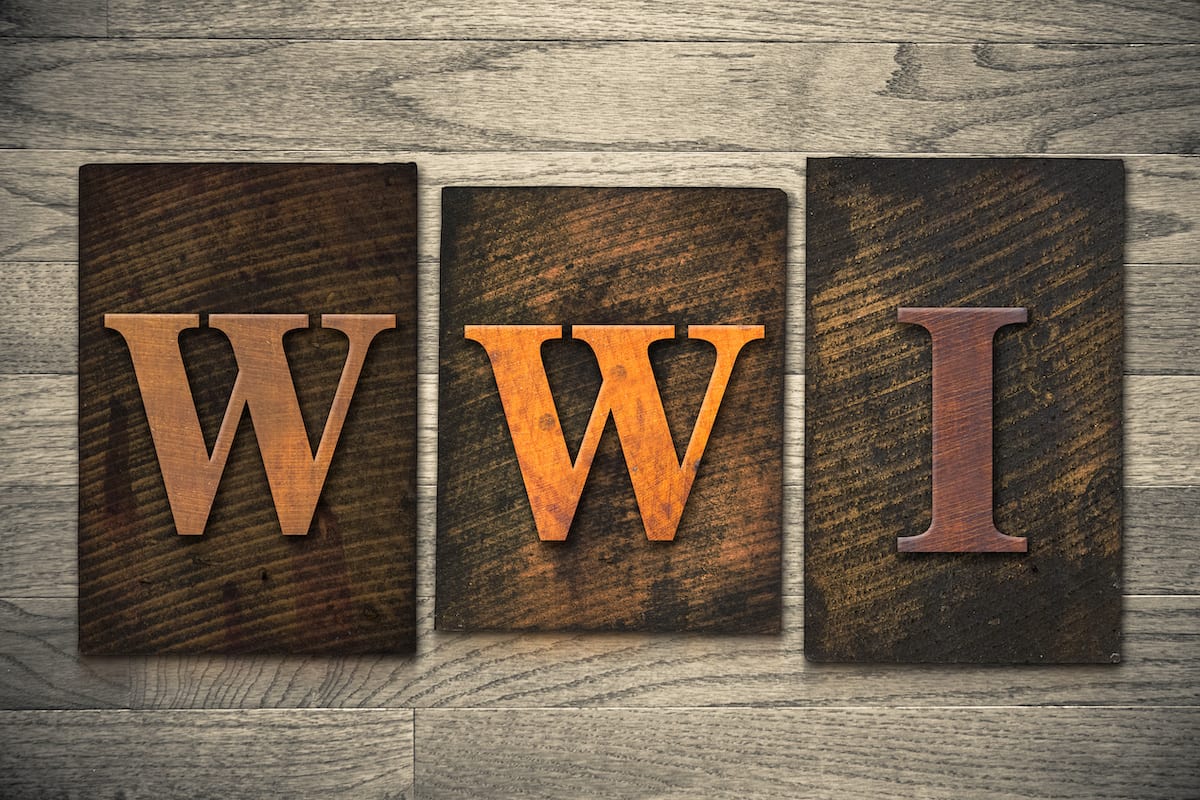 U.S. Entry into World War I

On April 2, 1917, President Woodrow Wilson asked Congress to declare war against Germany. By April 6th, the United States was officially in. Approximately three years prior however, President Wilson did everything in his power to achieve the opposite. At the start of WWI in 1914, the general public wished to remain neutral. This was because nearly 10% of the U.S. population were of German descent and President Wilson believed that staying neutral would ensure peace in the U.S. with the rest of the world.

The Lusitania was a British registered passenger ship owned by Cunard Line. It was best known for its speed and luxurious décor since the launch in 1906. It was the best passenger ship up until its sister ship, Maurentania, was developed the following year in 1907. Lusitania was on its way home to Liverpool from New York with over 1900 passengers and crew. At the time, Germany was sinking merchant ships near the south coast of Ireland. The British Admiralty, or naval department, had warned the captain of the Lusitania of these attacks and directed him to avoid the area and travel at irregular intervals to confuse the German submarines. The captain, William Thomas Turner, ignored the British Navy’s warnings and proceeded to follow the plotted route. On May 7th, 1915, Lusitania was attacked and sank within 20 minutes. The captain’s grave mistake cost the lives of 1,198 people, including 128 Americans.

Even though American lives were lost, President Wilson still maintained neutrality. However, the public support of it began to waver. By 1916, the support on whether or not to enter the war split the public opinion in two. It wasn’t until the Germans lifted their submarine warfare restriction and attacked all merchant and passenger ships with Americans inside, that the American public opinion dramatically swung in one direction, and not in their favor.

Around the same time Germany continued their unrestricted submarine warfare, the British intercepted a German telegram going to Mexico. Within it contained Germany’s request for Mexico to aid them, and in return they would help take back New Mexico, Texas, and Arizona. The British sent the message to the U.S. in the hopes that it would encourage them to help the Allied Forces. Their hopes seemed moot as President Wilson continued to remain neutral for another whole month, even after the news hit. Time went on and more American lives were lost. There was increasingly immense pressure to go to war. On March 20th, President Wilson consulted with the Cabinet to discuss their transition from a neutral party to joining. The Cabinet unanimously advised to enter the war. By April 4th, the Senate and Congress voted by a large majority and on April 6th, the United States officially entered.

Their entrance had a significant impact on the Allied Forces’ victory. By the time the U.S. had entered the war, Britain and Allies were dangerously short of supply and military forces. The U.S. brought in both supplies and soldiers, giving a notable advantage against Germany.

Mt. Soledad National Veterans Memorial honors all American veterans, alive or deceased. Our goal as a memorial is to praise those who have sacrificed their lives to protect democracy and the American people. To continue our civic duty, we ask that you donate to our cause. Every dollar goes towards the upkeep of the memorial, holding special ceremonial events, and remembering the lives of the brave men and women who paid the ultimate price. If you know a dear family member or friend who has served, donate a plaque to thank them for their service.

For other ways to help our cause, we have volunteer opportunities and an annual tax deductible membership plan. Each membership level receives specific benefits such as our semi-annual newsletter, a Mt. Soledad Lapel, and a membership certificate.

Posted In - World War I