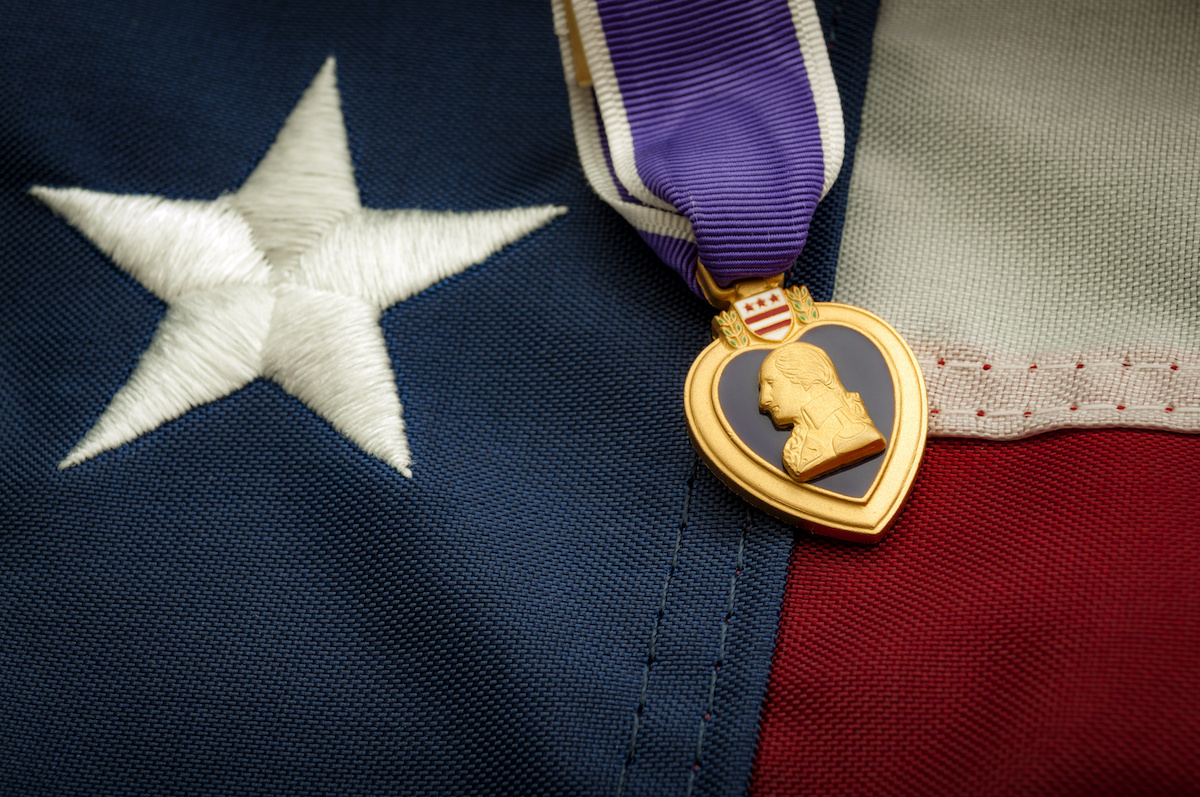 The Purple Heart is one of the most recognizable medals in the United States.  The recipients of these awards paid the ultimate price, either with their life, or through injuries that changed them forever. Today, August 7, is National Purple Heart Day. It’s a day dedicated to honoring the men and women who were injured or killed due to the actions of enemy or hostile forces.

The Purple Heart was not what it is today. It was forgotten for nearly 150 years after George Washington created it on August 7, 1782. Back then, it was known as the Badge of Military Merit. As of today, there are only three confirmed recipients of the Badge of Military Merit. Their names are Sergeant Elijah Churchill, 2ndContinental Dragoons; Sergeant William Brown, 5th Connecticut Continental Line Infantry; and Sergeant Daniel Bissel, 2nd Connecticut Continental Line Infantry. These three men had the honor of being recognized by President George Washington for their grit and merit as military men. Sadly, the Book of Merit, which kept a log of the other recipients’ names, was lost after the Revolutionary War.

By 1917, the only medal that was awarded was the Medal of Honor, a medal given by recommendation of a high rank officer. General John J. “Black Jack” Pershing and the American Expeditionary Forces realized America needed a medal of merit not just for acts of heroism, but for being on the battlefield. In 1918, Congress passed legislation that created the Distinguished Service Cross, the Army’s second highest military honor, and the Distinguished Service Medal. While these medals rightfully recognized the heroes of war, many civilians and military leaders believed there needed to be another medal that honored servicemembers for their wartime sacrifices.

While the 1920s pondered the idea of reviving George Washington’s Badge of Military Merit, it wasn’t until 1930 that General Douglas MacArthur became Army Chief of Staff and reintroduced the idea of a new medal. Two years later, on February 22, 1932, the Purple Heart medal was announced to decorate the uniforms of military personnel once again for their service and sacrifices on the battlefield.

To qualify for the Purple Heart Medal, the recipient must have been wounded or killed:

(1) In any action against an enemy of the United States.

(2) In any action with an opposing armed force of a foreign country in which the Armed Forces of the United States are or have been engaged.

(3) While serving with friendly foreign forces engaged in an armed conflict against an opposing armed force in which the United States is not a belligerent party.

(4) As a result of an act of any such enemy of opposing armed forces.

(5) As the result of an act of any hostile foreign force.

(6) After 28 March 1973, as a result of an international terrorist attack against the United States or a foreign nation friendly to the United States, recognized as such an attack by the Secretary of the Army, or jointly by the Secretaries of the separate armed Services concerned if persons from more than one service are wounded in the attack.

(7) After 28 March 1973, as a result of military operations while serving outside the territory of the United States as part of a peacekeeping force.

Since its revival in 1932, over 1.5 million men and women have been awarded the Purple Heart. It is one of the most widely recognized medals by Americans and represents a true love for our country. Those that earn the Purple Heart have done so with their own actions and selflessness.

You may view all our veterans and active-duty members with Purple Heart medals at Mt. Soledad National Veterans Memorial every day from 7am – 10pm. You may also find our plaques online and read about the history of our military members!