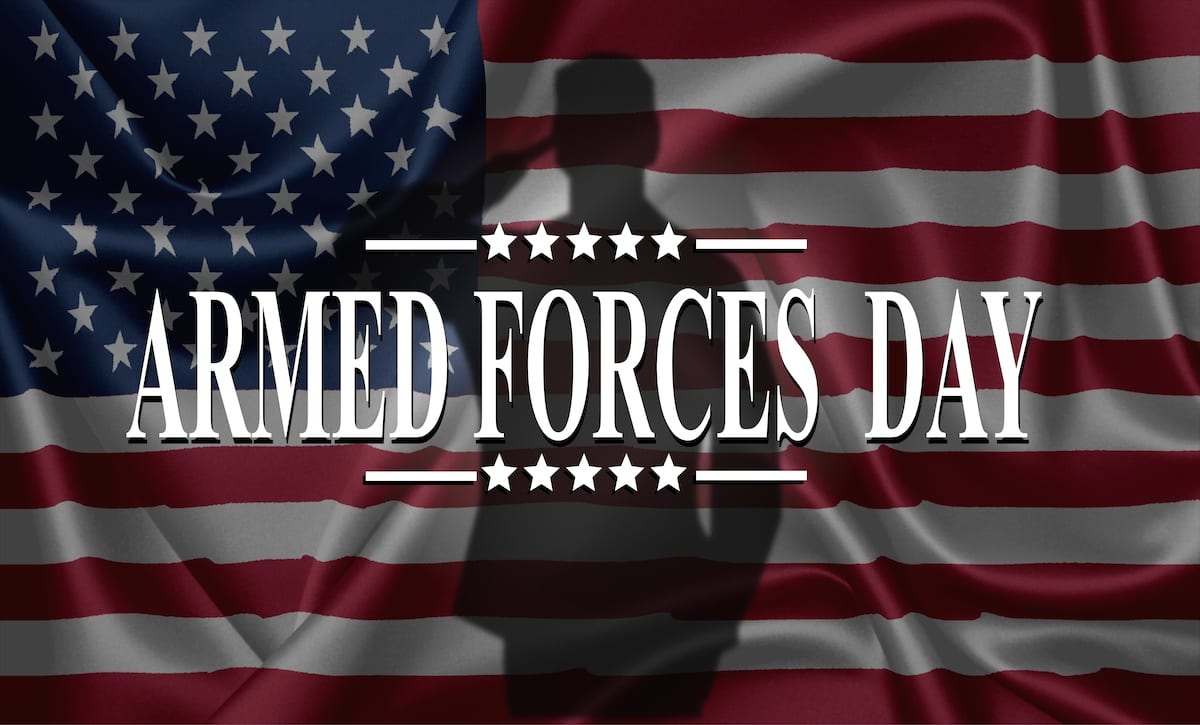 Every year, Armed Forces Day is celebrated on the third Saturday of May. This year we take the time to celebrate the 71st Armed Forces Day on May 15, 2021. This special veteran’s holiday pays tribute to the men and women that are serving or have previously served in all branches of the military. On August 31, 1949, Defense Secretary Louis Johnson announced the creation of Armed Forces Day. The day was created to honor the unification of the armed forces under one jurisdiction—The Department of Defense. Thanks to the efforts of President Truman, Armed Forces Day officially became a national holiday on February 27, 1950. Its first day of observation was Saturday, May 20, 1950.

The first Armed Forces Day was honored with parades, air shows, and open houses. Over 10,000 servicemen and women of all ranks and military branches marched in Washington D.C. Armed Forces Day has gradually become a community effort where military troops are honored in their cities and on their military bases with festivals, parties, and parades. Local businesses have dedicated discounts in honor of their service as well. After 71 years, Americans continue to recognize the sacrifices our military troops make every day to ensure national security.

Mt. Soledad National Veterans Memorial are observing Armed Forces Day through a private Honor Ride 2021ceremony! American Legion Riders and Purple Foxes United will be escorting Machine Gunner Vincent J. Speranza from Auburn, Illinois and Paratrooper Tom Rice from Coronado, California to the Memorial. This is to commemorate their services during WWII. Throughout this ride across the country, Speranza will spread patriotism and revive the American Spirit while reminding Americans the value of Freedom and honoring those who protect it. The “Pass the torch” ceremony will take place at the memorial on May 15 from 12:00pm to 1:00pm PDT. Purple Foxes United will also conduct a ceremony that honor the 1585 MIA/POWs from the Vietnam War.

“This project is multi-faceted, multi-generational and was written to reach the soul of every service member and citizen,” said CJ Machado, creator of the Purple Foxes United story. “It is an absolute honor to highlight Honor Flight San Diego veterans and finally release it to fellow patriots and those who value our freedom.”

Celebrate Armed Forces with us by visiting our veteran’s memorial.

Unable to visit? Consider donating or join our annual membership program to preserve their legacy as true American heroes.