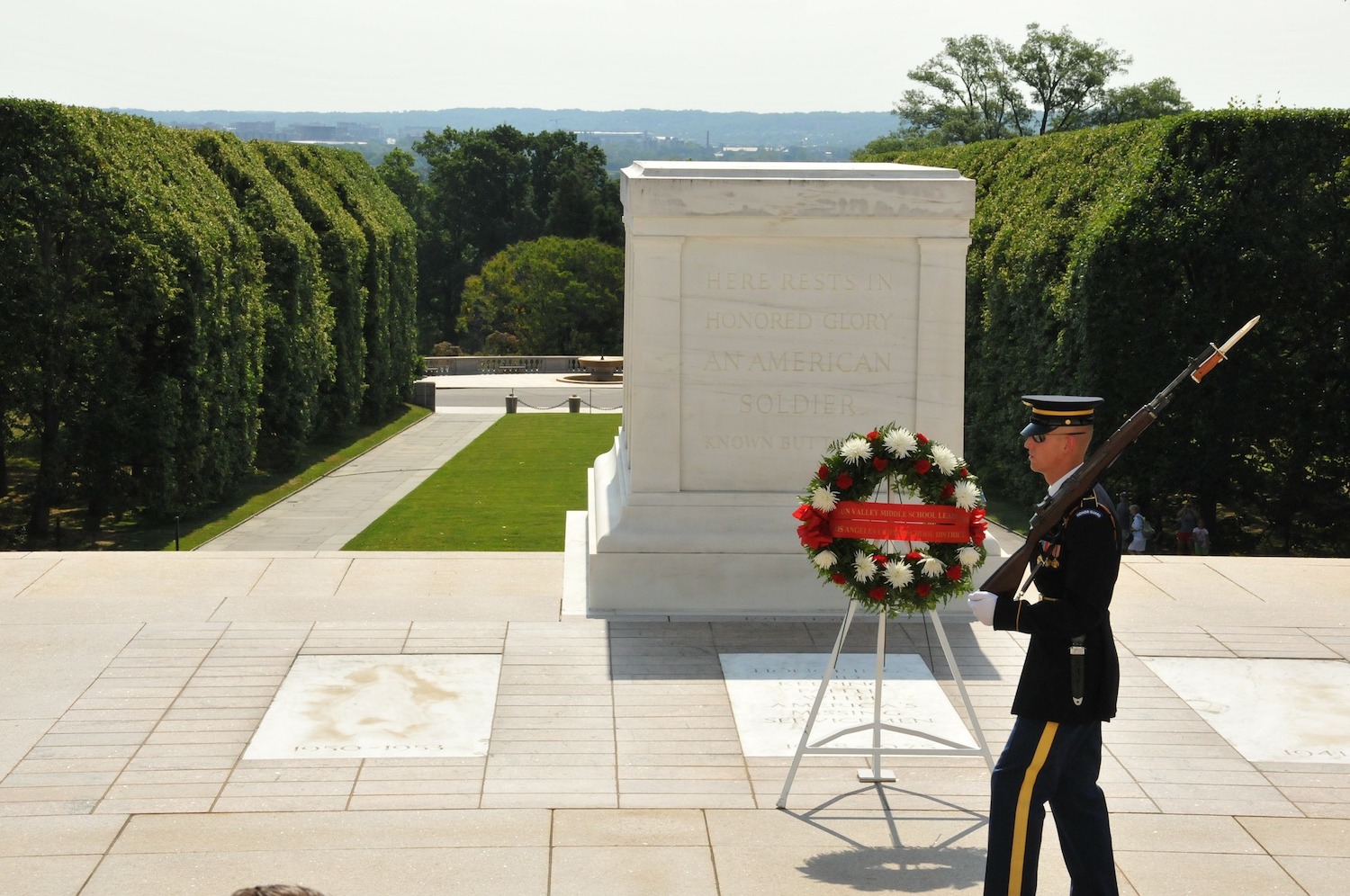 The Tomb Of The Unknown Soldier Centennial

2021 commemorates the 100th Anniversary of The Tomb of the Unknown Soldier, located in Arlington National Cemetery. The tomb serves as a reminder of the soldiers who perished during wartime and remain unidentified or missing. The idea for the tomb was originally introduced by New York Congressman and war veteran Hamilton Fish Jr. with the intent “to bring home the body of an unknown American warrior who in himself represents no section, creed, or race in the late war and who typifies, moreover, the soul of America and the supreme sacrifice of her heroic dead.”

The tomb currently holds the unidentified remains of three service members: The World War I Unknown, The Korean War Unknown, and the World War II Unknown. The Unknown Soldier from World War I is situated in the main sarcophagus, a crypt carved from white marble. He was laid to rest there on November 11, 1921.

Two other service members are buried in front of the main crypt; the middle grave is empty while the others contain the remains of the Korean War Unknown and World War II Unknown. The middle grave originally housed the body of the Vietnam War Unknown but was later identified as Michael Blassie, whereupon he was disinterred and buried in his hometown of St. Louis, Missouri in 1998.

The main crypt is adorned with wreaths carved from marble on each side, and the back of the tomb depicts three figures meant to represent Peace, Victory, and Valor. The front of the tomb bears the words: “Here Rests in Honored Glory an American Soldier Known but to God.”

Changing Of The Guard

The first guards were soldiers from neighboring Fort Myers in 1926 and were only there during the day to stop visitors from walking on the tomb. This changed in 1937 and guards now stand watch over the tomb day and night. The 3rd U.S. Infantry Regiment, known as the old guard, started watching over the tomb in 1948.

The old guard also escorts the president and oversees military ceremonies in Washington, D.C. The process of becoming a member of the guard is stringent and requires rigorous training. Each step in the tomb guards’ routine symbolizes the 21-gun salute. The guard first marches 21 steps behind the tomb on a black mat, turns to the east for 21 seconds, repeats the process again to the north, and then lastly walks 21 steps down the mat. The process ends with the soldier preforming arm movements to place their weapon on their shoulder on the side where the visitors of the tomb are situated. This is done to symbolize that the guard stands in the way of any threat posed to the Tomb.

Visitors Of The Tomb

Wreath laying has been a long-standing tradition to honor the memory of American service members. The tomb is open to the general population and has become a popular event for school trips. The President of the United States or a representative lays a wreath on Memorial Day and Veterans Day, and people from all over the world come to visit the site and participate in the wreath laying event.

The tomb offers a way to commemorate the sacrifices and causalities American service members have suffered in war and serves as a reminder of the soldiers who go unidentified. The centennial of the tomb shows the importance we place on honoring our service members and remains a symbolic way to celebrate the memory of their lives.

Posted In - World War I