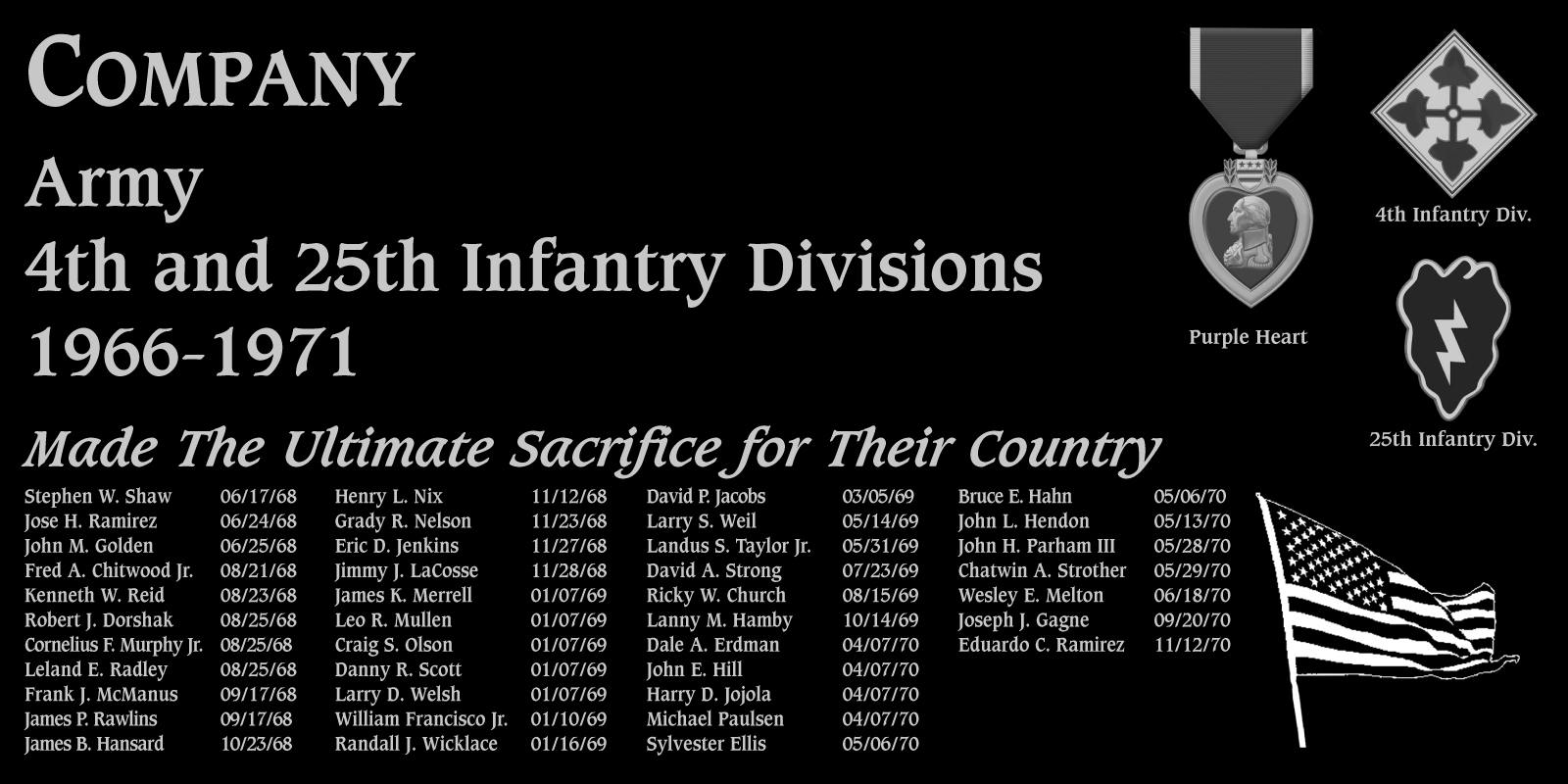 Two adjacent plaques displayed at Mt. Soledad Memorial are in honor of the 95 Charlie Company soldiers who were Killed in Action while serving in Vietnam from October, 1966 to April, 1971. During this time Charlie Company conducted Search and Destroy Missions in areas such as Cu Chi, Dau Chiang ,Tay Ninh, Soui Cut, Hoc Mon, Saigon, and Boa Trai. From 1968 to 1970 the Company was assigned to War Zone C located in the “Elephant Ear” region of Vietnam 65 miles Northwest of Saigon. The area consisted mostly of triple canopy jungle which provided ideal concealment for the Regimental size units of the North Vietnamese Army to infiltrate into South Vietnam from Cambodia.

The Infantry Soldiers of Charlie Company formed the C/3/22 Infantry Association to perpetuate the memory of their Brothers Killed in Action and to foster camaraderie among the surviving soldiers and their families. Additional information can found at c322association.org

GOD BLESS OUR FALLEN BROTHERS AND GOD BLESS THE USA