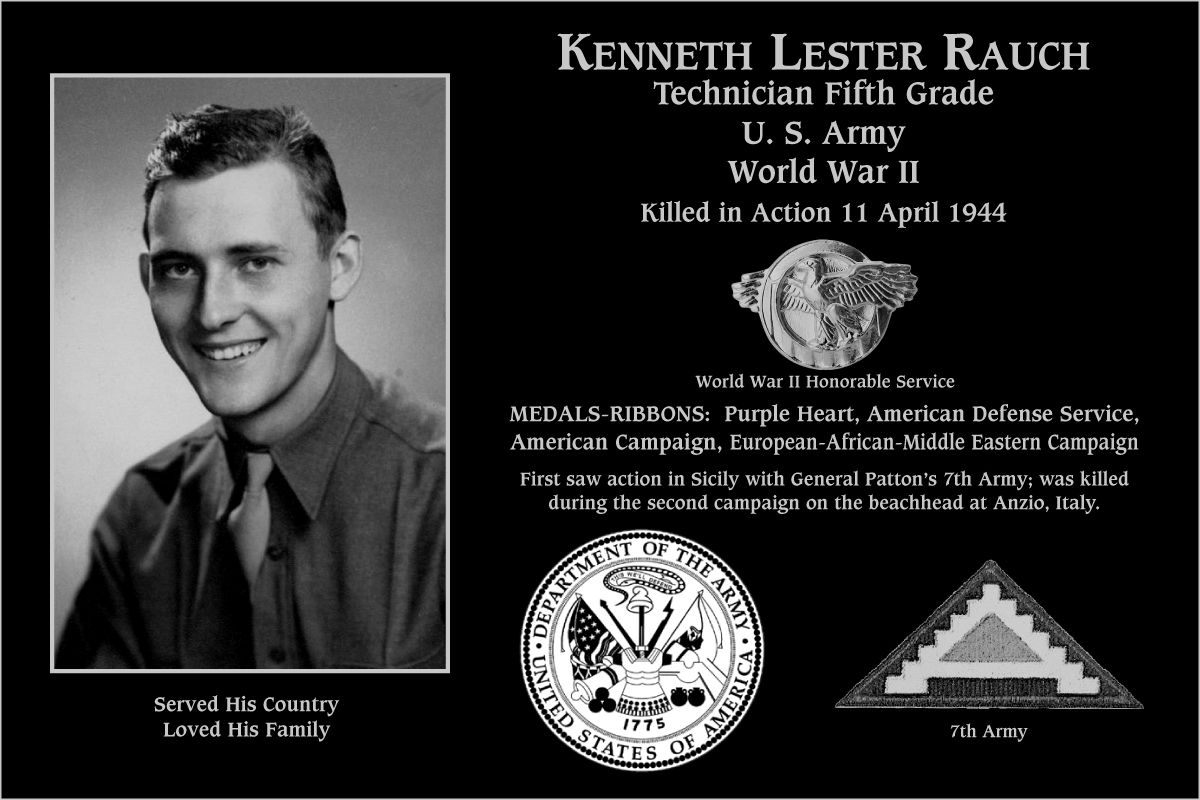 Kenneth Lester Rauch, 23, technician 5th grade,died on April 11, 1944 of wounds received while serving with the American forces at the Anzio beachhead in Italy. Notification of his death was first received from the war department by his fiancee, Rose Jo Ann Vuper of Des Moines, Iowa on May 4, 1944. She immediately informed his father, John J. Rauch, of Marengo, Iowa. Besides his father, Lester was survived by his brother, First Lieutenant John C. Rauch, stationed at Fort Barkeley, Texas, his sister, Mrs. Lois Reeves, also of Marengo, and his grandmother, Mrs. Elizabeth Rauch of Victor, Iowa. Services were held at the American Legion Hall in Victor, Iowa conducted by Rev. Cook of the Methodist Church of Marengo, Iowa with the American Legion in attendance on May 21, 1944. Born at Victor on February 8, 1921, he moved to Des Moines in 1940 to work for Penn Electric Switch Co. until he entered the service of his country on November 4, 1942. Lester now rests at his Birthplace in Victor, Iowa.

For God so loved the world, that he gave his only begotten Son, that whosoever believeth in him should not perish, but have everlasting life. John 3:16