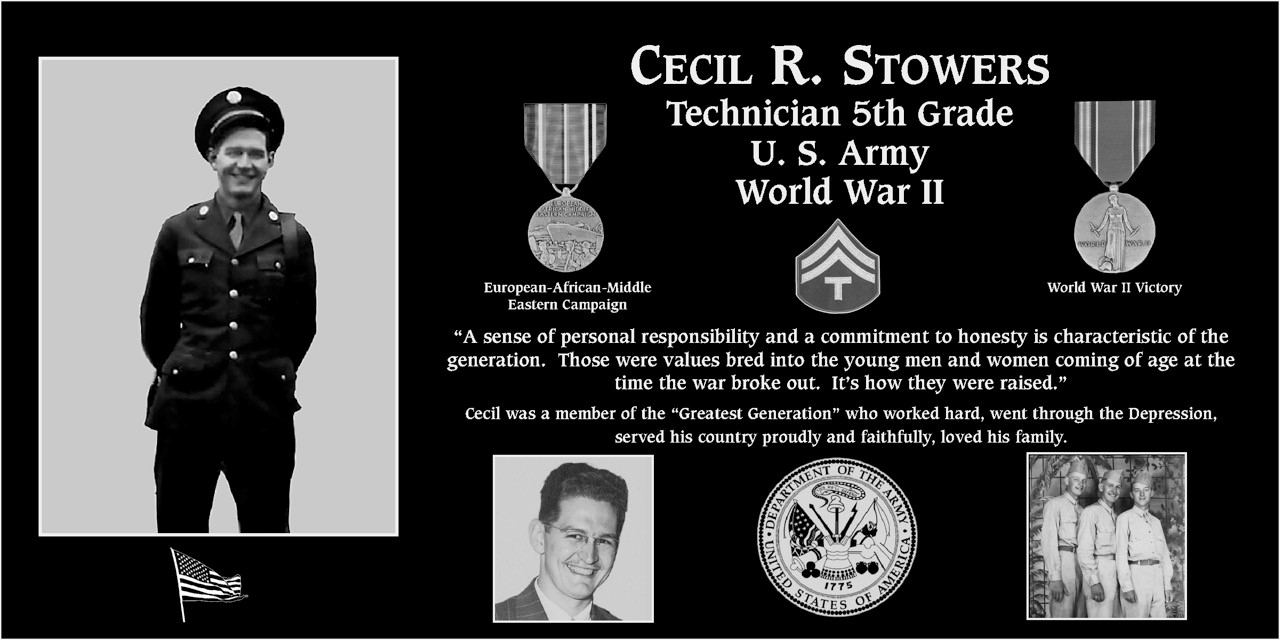 Cecil was born in Gary, Indiana on February 24, 1927, son of Elza and Nellie Stowers. His family, consisting of this mother, father, older sister Doris and younger sister Wanda, lived in Gary until they built a in house in Merrillville, Indiana when Cecil was 13 in 1940. Cecil attended high school but like many of his generation, he left school just prior to graduation and joined the Army in 1945 at the age of 18.

Cecil served in Italy at the end of WWII as a Technician 5th Grade responsible for setting up and maintaining communication lines. Cecil returned to the US and received an honorable discharge on February 16, 1947. Cecil received a European-African-Middle Eastern Campaign medal and World War II Victory Medal.

Upon his return to the US, Cecil began working at the US Sheet and Tin Mill in Gary, Indiana where he met June Beaudreau. They married in June 1948 and started their family – having four daughters. Cecil was a very good car mechanic – working in his spare time on the cars of family and friends, allowing him to make some extra “side money”. Cecil and June raised their family and lived in the same house in Merrillville until Cecil retired from US Steel in 1983 and they moved to Phoenix, Arizona where they resided until Cecil’s death from a lengthy illness on June 7, 1994.