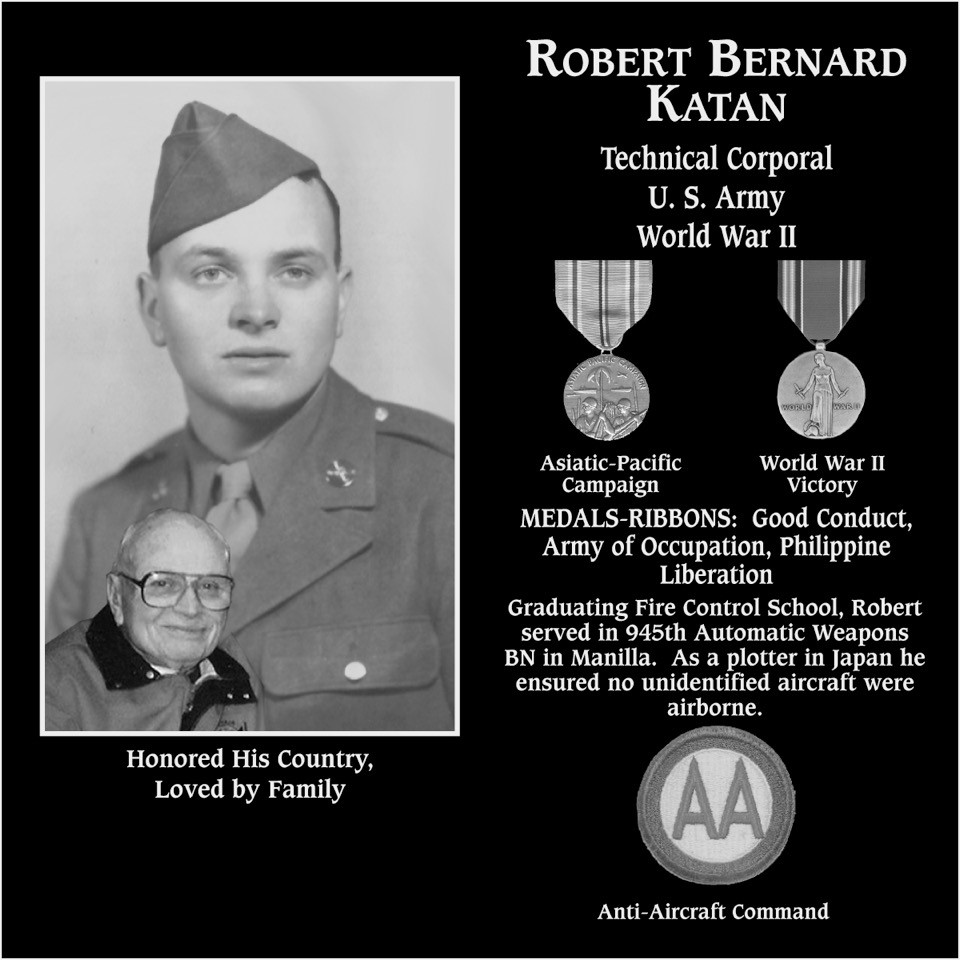 Drafted shortly after his 18th birthday and inducted on August 21, 1944, he did not get to graduate from high school until later in life. After training in various parts of the US, including Fire Control School in Fort Bliss, Texas he arrived in Leyte on July 28th, 1945 and was assigned to the 945th Automatic Weapons Battalion at Clark Army Air Base in Manila. He was to be part of the invasion of Japan, but, fortunately for him the peace treaty was being signed before they arrived in Japan, and they were rerouted to Otaru then Sapporo, Japan with the Occupation Forces. A short time later he was transferred to Johnson Army Air Base to work as a Plotter, whose task it was to work over a large table with a map of Japan on it, making sure no unidentified aircraft were in the area. During his time overseas he suffered from dysentery and malaria, and spent several weeks in the hospital in Tokyo. He was sent home on the Adolphus Victory Ship and arrived at Fort Lawton, August 18th, 1946.