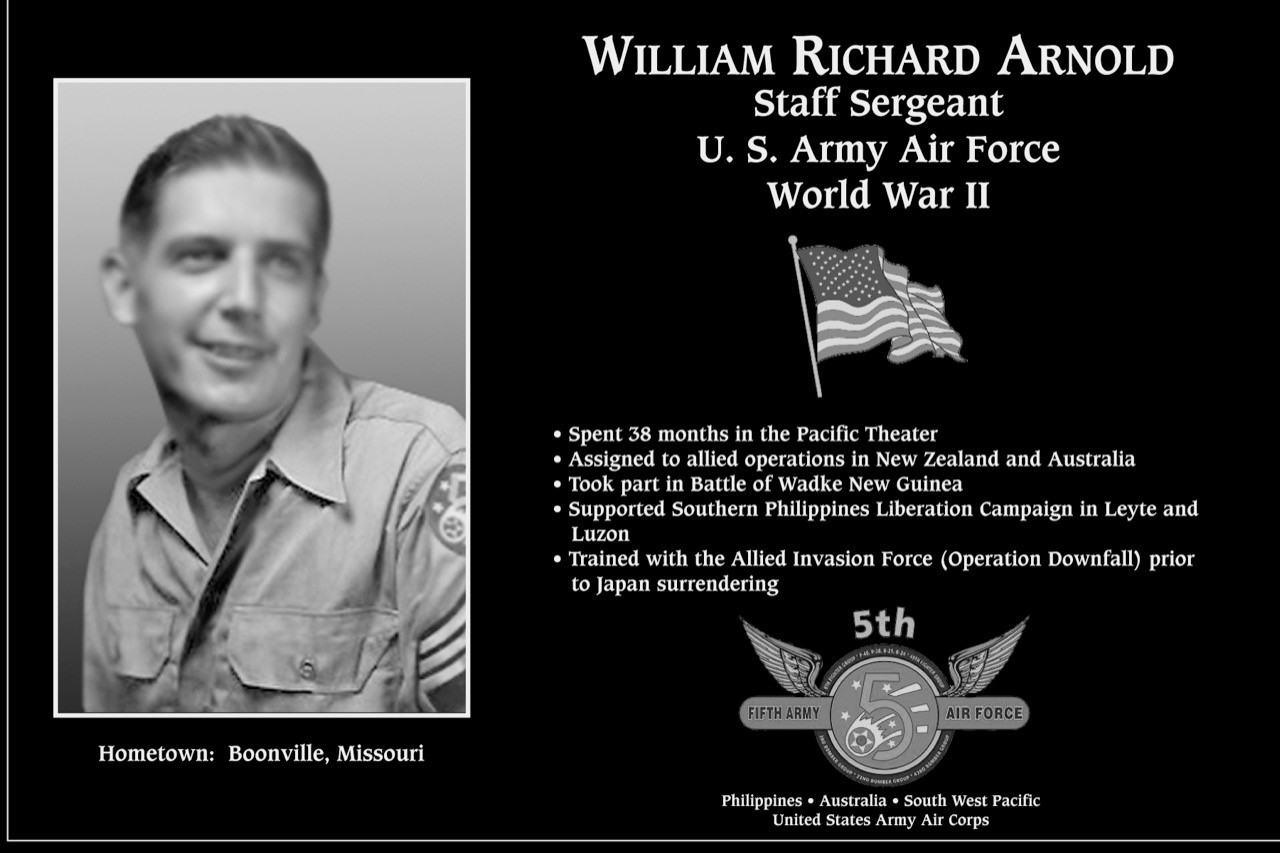 He entered the Army from Boonville Missouri in Jan 1942. He became a medical/dental technician assigned to 5th Army Air Force. He was stationed in the Pacific Theater for 38 months. The first part of the war, he was based in New Zealand and Australia. Later, he took part in the Battle of Wadke, part of the campaign to retake New Guinea from the Japanese. He participated in General McArthur's Southern Philippines Liberation Campaign supporting action in Leyte and Luzon. Finally, he was to take part in the invasion of Japan (Operation Downfall). When Japan surrendered he was sent back to Missouri and discharged on 14 Oct 1945. His final rank was Staff Sergeant.