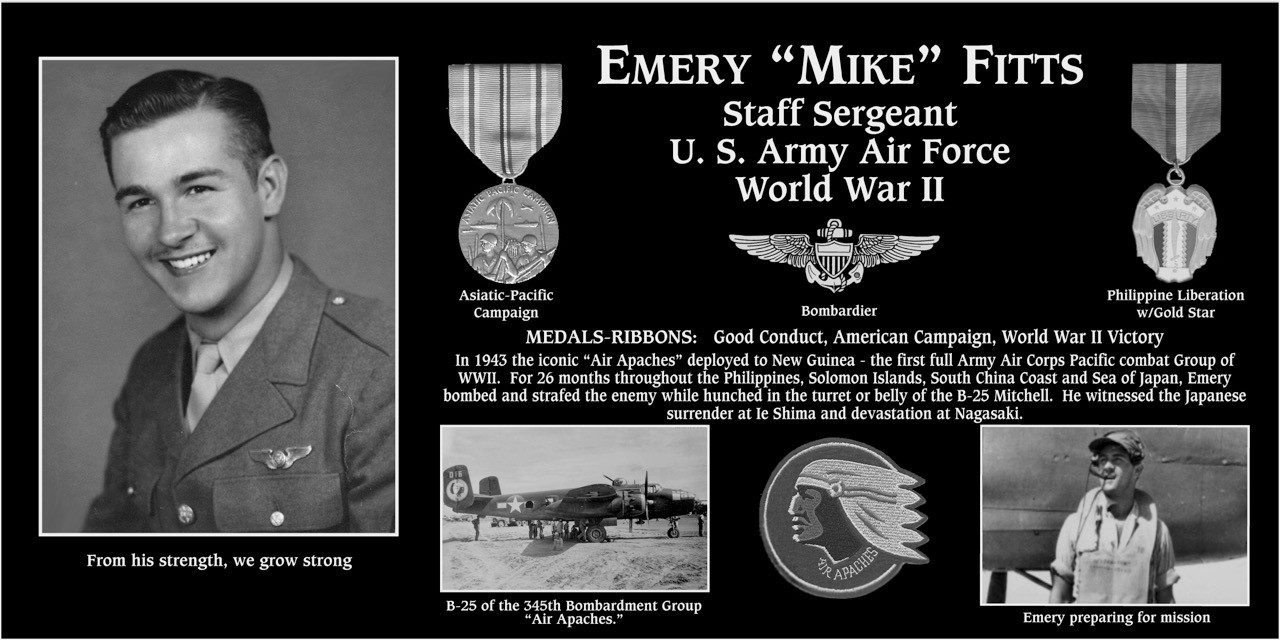 Emery was a sixth generation Californian, born at Mercy Hospital when it was first built. He graduated from San Diego High School and worked briefly for Pacific Telephone and Telegraph before enlisting in the Army Air Corps at the age of 19. His service in the Pacific Theater included encounters with headhunters in New Guinea, bombing runs over the Philippines and the sea of Japan. He witnessed the surrender of the Japanese and his last post was providing supplies to workers and survivors of the Nagasaki devastation.

Home in California he rejoined Pacific Telephone and married a lovely farm girl from Colorado who worked in the office. They bought one of the first homes in Clairemont and raised four daughters. Emery and his wife Doris traveled widely and lived in Iran in the 1970's, Oregon in the 1990's and returned to San Diego in 2004. They were married just short of 60 years. Wife Doris passed from Lewy Body Disease in 2008 but Emery stayed active and interested in life until his death in 2018 at the age of 93.

He is remembered as a loyal friend, a strong athlete, a stern but hands on father with a great inquiring mind - always learning and sharing his knowledge. He adored little children, just loved his grandbabies. His strong character lives on in those who knew him.