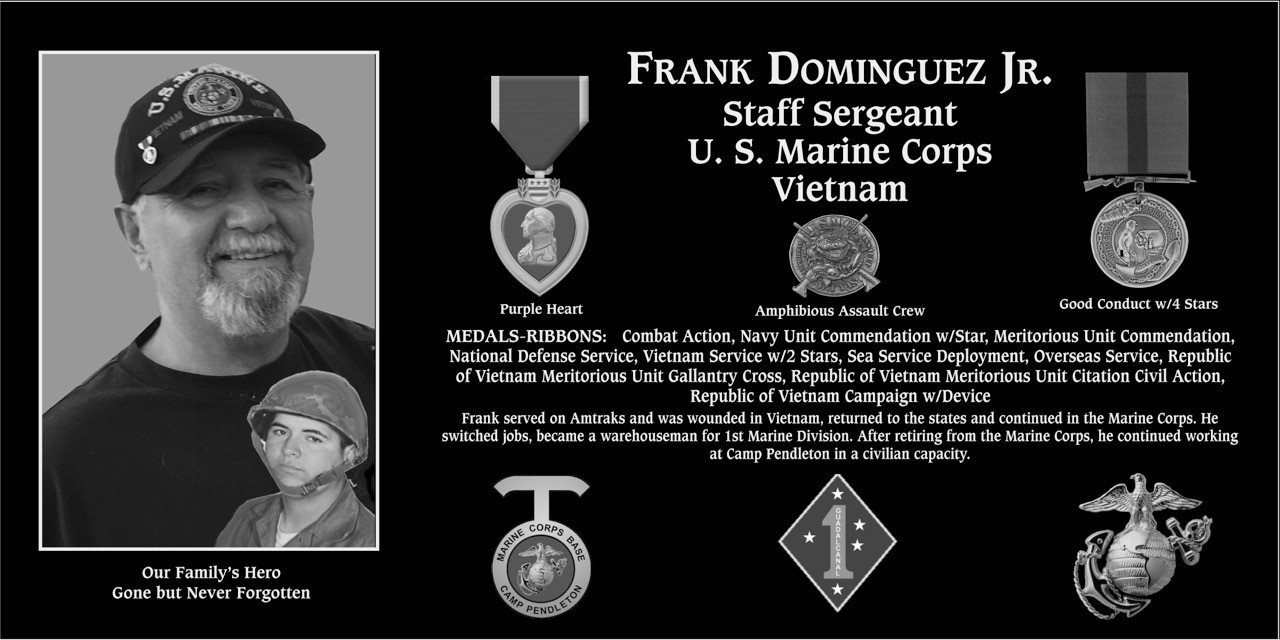 He was born in Los Angeles, CA and grew up in the same area. He was drafted into the USMC in 1967 right out of High School and was sent to Vietnam. During the war he was wounded and returned back to the states. He received the Purple Heart and Vietnam Service Medal (w/ 2 stars). He spent most of his career on the West Coast (Camp Pendleton, Barstow, and 29 Palms), with a handful of deployments to overseas, manly Japan. Early in his military career he was with amphibian (am tracks) and toward the later of his career became a warehouse foreman. He retired from the USMC in 1990, right here at Camp Pendleton. He was a passionate Marine and loved everything that the Corps stood for. So much, he continued to work with the Marine Corps, as a civilian worker (warehouse supervisor) at Camp Pendleton. After retiring he always wore his Retired Veteran or Marine Corps hat. He was proud that he was able to serve his country and that his grandsons are following in his footsteps. He left us too early, as he passed on 25 July 2020. This is plaque is to mark the beginning and end to his career, right here in San Diego County.