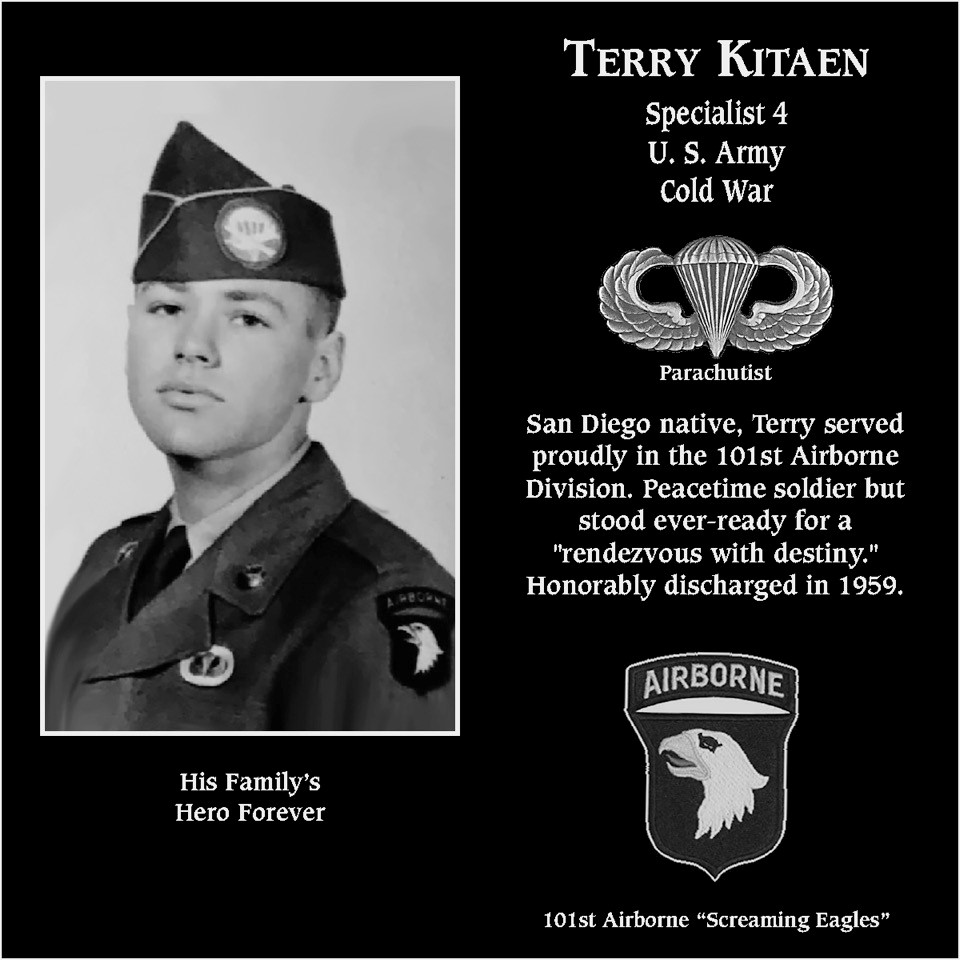 Terry Kitaen was born in San Diego, California on Dec. 7, 1938. Although he grew up in a “Navy town,” as a young child he knew he wanted to be "Army strong". After graduating from High School in 1956, he joined the Army as quick as his feet could fly. And fly he did! After 8 weeks of Combat Training in Ft. Carson, Colorado, Terry attended jump school at Fort Campbell, Kentucky, where he was stationed for 3 years. In February 1957, after many jumps and a few harrowing close calls, he earned his wings and became a parachutist with the 101st Airborne Division -- the Screaming Eagles. During his time at Ft. Campbell, he played shortstop for the Army team. He is famous for saying that he played baseball because “someone had to entertain the troops!”

We are proud of our “Screaming Eagle,” Terry Kitaen! We thank you for your service to our Country. We love you!