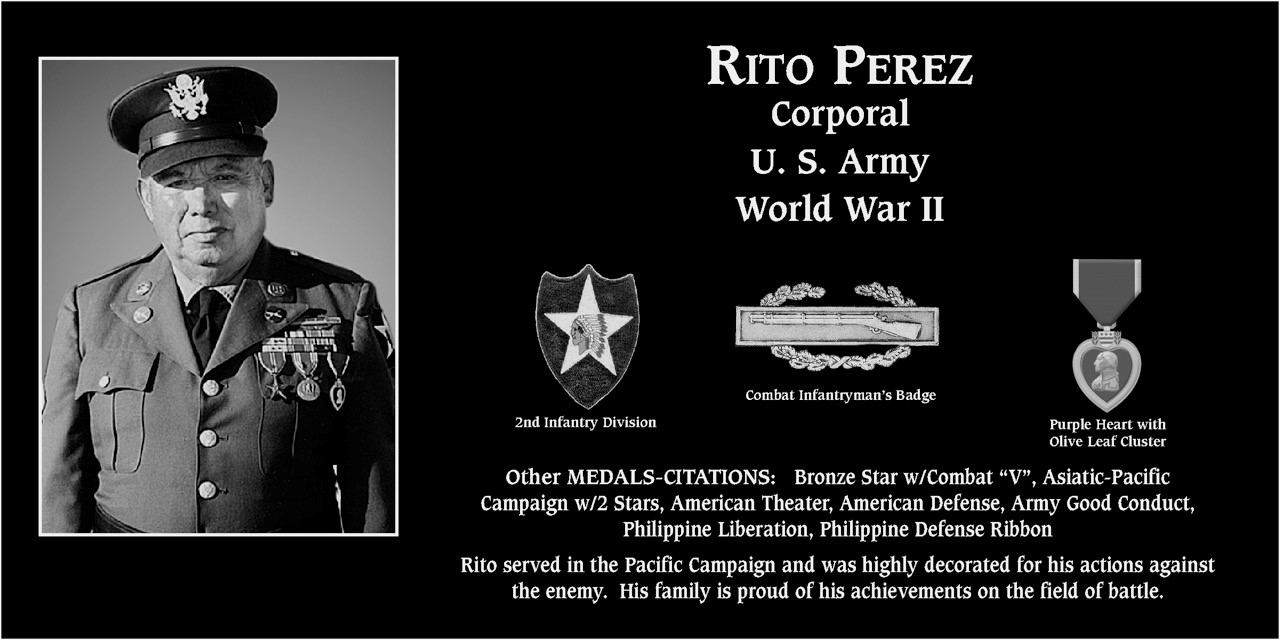 "Rito Perez was born in San Diego on May 23, 1925 to Antonia Dorantes and Luis Perez. He enlisted with the United States Army in 1943, and after being wounded and discharged in 1945, re-enlisted in 1947 serving until 1950. A proud veteran of World War II, he was honored for his service with three Purple Hearts and two Bronze Star Medals. In February 1950, he married Ofelia Sida, his loving wife of 61 years. He moved to Campo in 1953, and worked for ten years as a ranch hand. In 1970, he went to work for the Mountain Empire Unified School District, where he was a much-loved bus driver for 19 years. A pillar of the community, he will be remembered for many things including hosting his famous annual barbecues for family, friends from Old Town, and locals at his ranch. Beloved husband, father, grandfather and great-grand-father Rito Perez passed away December 2, 2011, in Campo, CA at age 86."