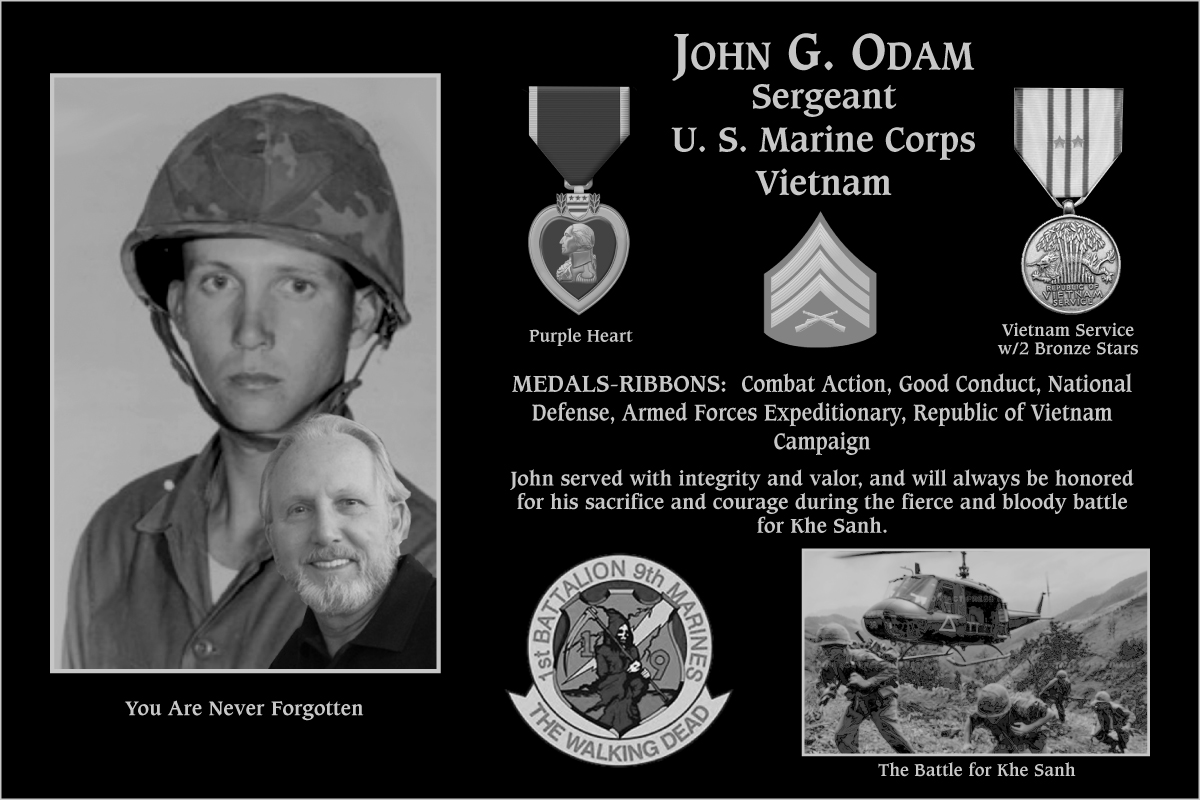 John Odam was born in 1946 and continued his journey in 2016. He was born into a loving family that taught him values, integrity, honor and love of country. He did his best to live by those teachings. No one is perfect but he did the best he could. If there is one way to describe him, that would be it. He became a dad at 17 and stepped up to his responsibilities from that day forward. He knew right from wrong, and strived to always take the right path. He was a loving father, a great teacher; he loved teaching anyone how to do things.

There are major 3 dates in his life that were life-changing. He graduated from high school on 6/12/1964. He was inducted into the Marine Corps on 6/12/1967. He passed on to a greater life on 6/12/2016. June 12th was a significant date for him. That date, as well as the date we were married in 1992. He served in Vietnam in 1967-1968 until he was severely wounded. Vietnam changed him forever. He had many struggles that would have crushed a lesser man. He overcame those struggles to become a man who enjoyed life to the fullest. He spoke his mind. “To thy own self be true”. He never compromised his integrity or his values no matter how unpopular that might’ve made him. That’s what made him a great man. And a great Marine.