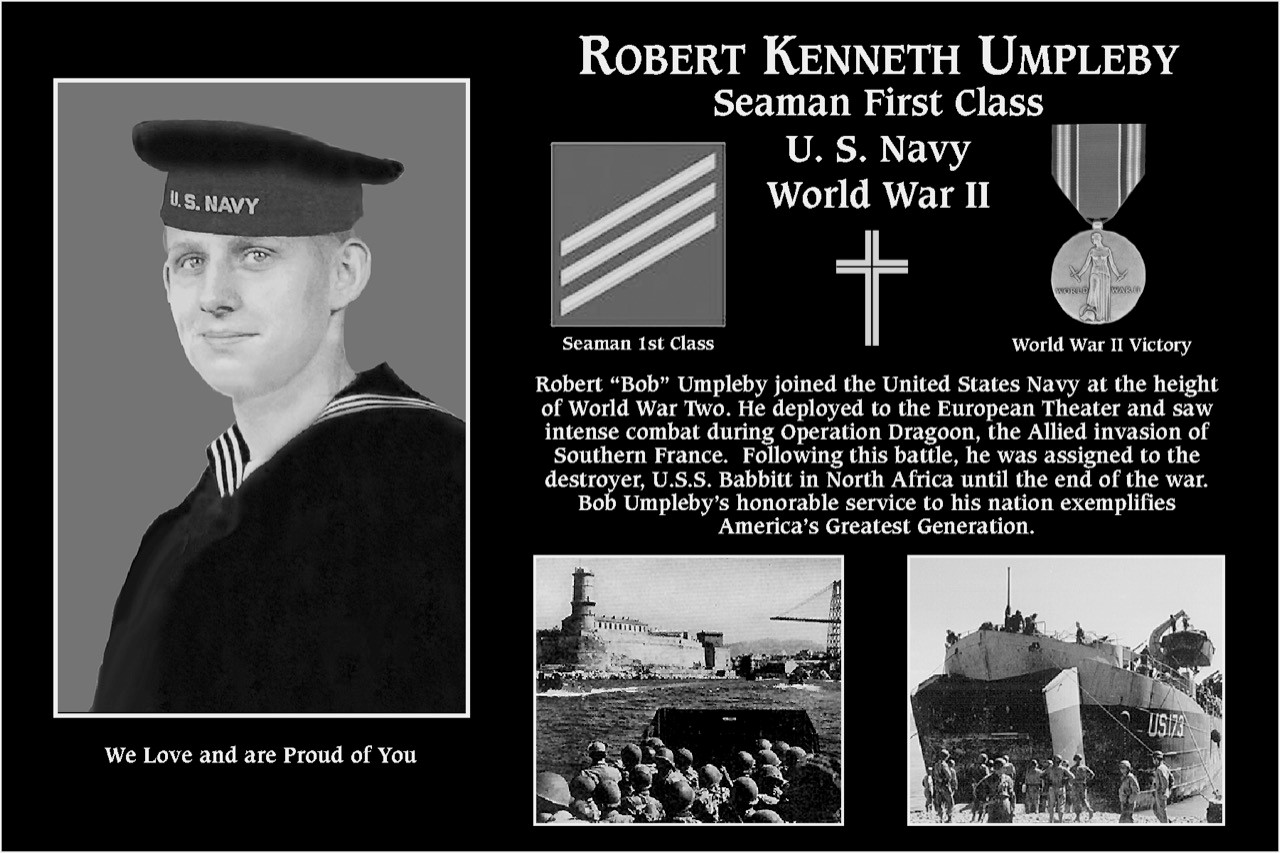 Robert Kenneth Umpleby from Gary IN enlisted in the U.S. Navy when he turned 18 years old. He attended Great Lakes Naval Academy, forty-second battalion. Bob deployed to the European Theater and he was in combat in Operation Dragoon on August 15, 1944. Bob served as a right bow lookout on his L.C.I. His L.C.I. transported wounded men after their vessel was hit by a German 88. Bob journaled his combat experienced as seen in this YouTube presentation.

Following this battle, Bob served on the destroyer U.S.S. Babbitt in North Africa until the end of WWII. His family and friends are very grateful and proud of Bob’s service in the U.S. Navy. He is greatly missed and he will always be loved.