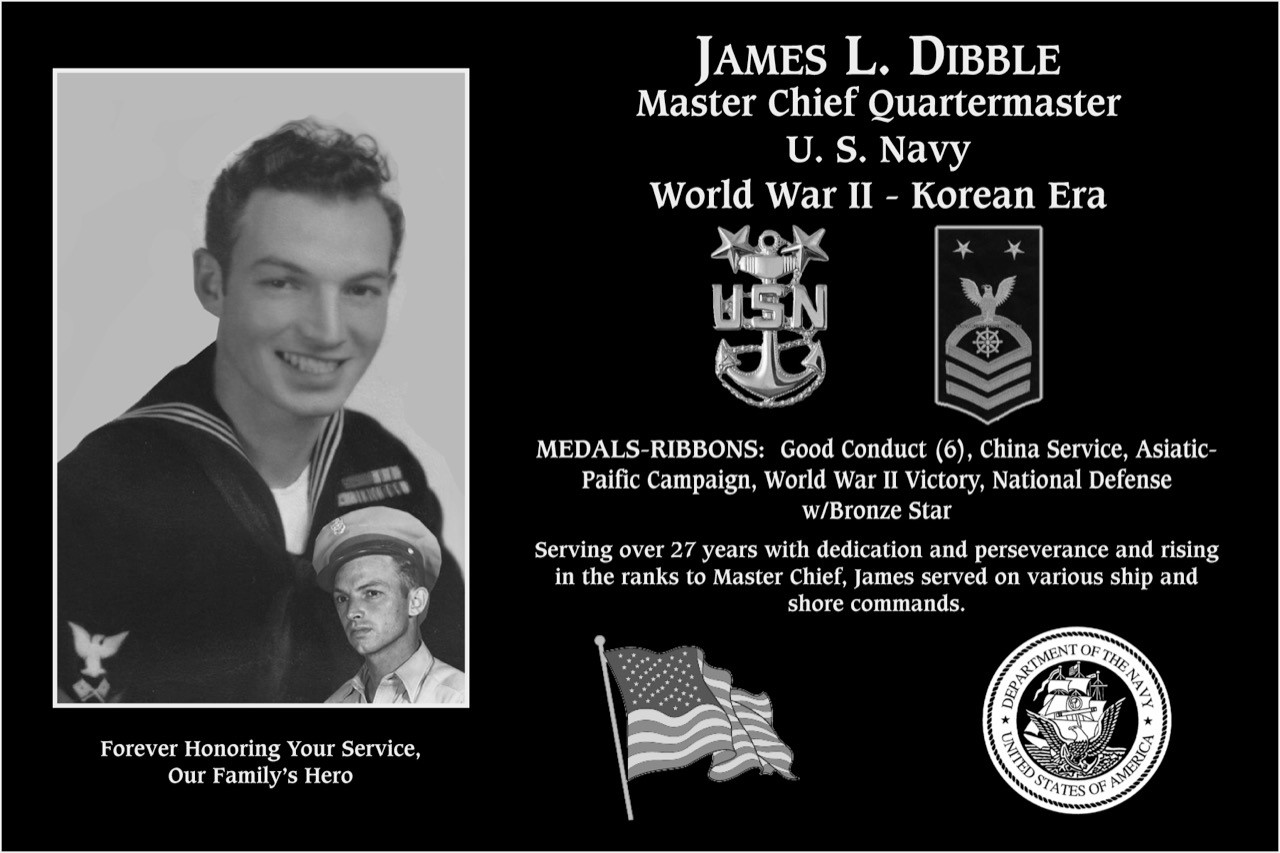 James Leigh Dibble was born on July 12, 1921. Along with three brothers and a sister, Jim was born and raised in the small rural town of Gurley, Nebraska. Like most young men raised in the heart of America, Jim had a deep abiding love for his family and an immense sense of pride in his country. Qualities that served him well throughout his life.

On November 9, 1939, Jim’s life changed in a most profound way when he joined the United States Navy. Over the course of the following 30 years, Jim served his country and the US Navy in an extraordinary manner. Having attained the coveted and highly respected rate of Master Chief Quartermaster (E-9), Jim reached the pinnacle of the enlisted ranks through unwavering dedication, tenacity, and uncompromising professionalism.

On October 28, 1944, Jim’s life was profoundly changed for the second time when he married his sweetheart and love of his life, Edith Deming Lersch, who labored alongside him throughout his distinguished military career.

During his tenure, Jim was assigned to the following ships:

Over the course of his 30-year career, Jim received numerous awards, commendations and citations, including:

On April 24, 1997, Jim was delivered into the loving arms of our Lord and on November 28, 2000, Edith joined him where they rest eternally at the Tahoma National Cemetery in Maple Valley, Washington. Jim is survived by his daughter Susan, and sons David and Jim and their respective families.

Today we are both humbled and honored to pay tribute to the life and legacy of Master Chief James Leigh Dibble, retired.