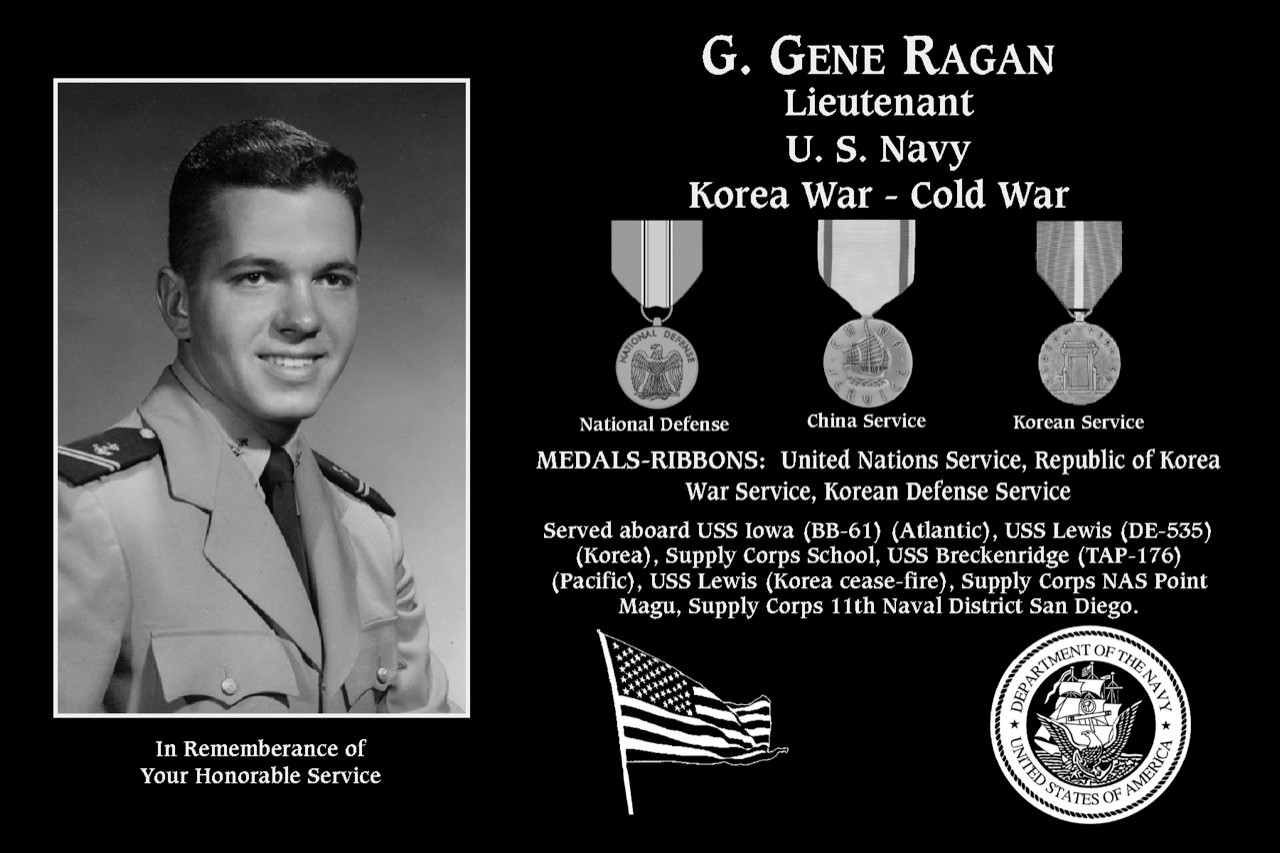 Lt. G. Gene Ragan began his Navy career as a Midshipman while attending Northwestern University in Illinois. He served at sea during the Korean War engaged off the coast, as well as one assignment in the Atlantic aboard the USS Iowa. Upon graduation with a degree in Business Administration, he was commissioned an Ensign in the U.S. Naval Reserve, assigned to the Navy Supply Corps. Primarily assigned to ships in various ports in California, he pulled multiple duties at sea aboard DD's and DDE's. He received endorsement within a year of commissioning in the Naval Reserve to be commissioned in the U.S. Navy, remaining active until 1958. He rose through the ranks of Lt. (jg) ending at Lieutenant, then returned to active Naval Reserve after receiving final shore duty in San Diego. There he was discharged in 1964 having earned the National Defense, China Service, Korean Service, Korea Defense, UN Korea, and ROK Korea War Medals . He then entered a long career with General Dynamics, applying both his educational and military experience to continue serving his country.