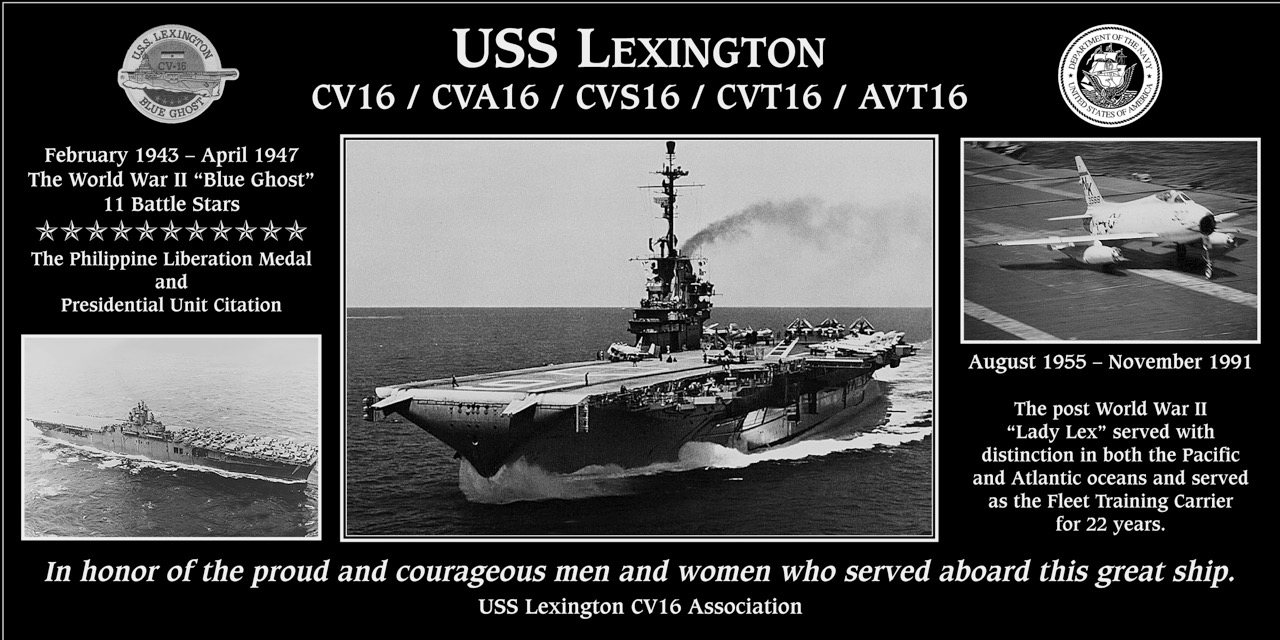 Commissioned the USS Lexington CV16 in 1943 she operated in the Pacific throughout WW II. Dubbed "The Blue Ghost" by the Japanese she was struck by a torpedo in 1943 and a kamikaze in 1944. She earned 11 battle stars, the Philippine Liberation Medal and a Presidential Unit Citation. Recommissioned in 1955 she was designated the CVA16 and made several Far East cruises in the Pacific. She was then designated the CVS16 and participated in the Cuban Missile Crisis becoming the Fleet Training Carrier CVT16 and AVT16 until decommissioning in November 1991.