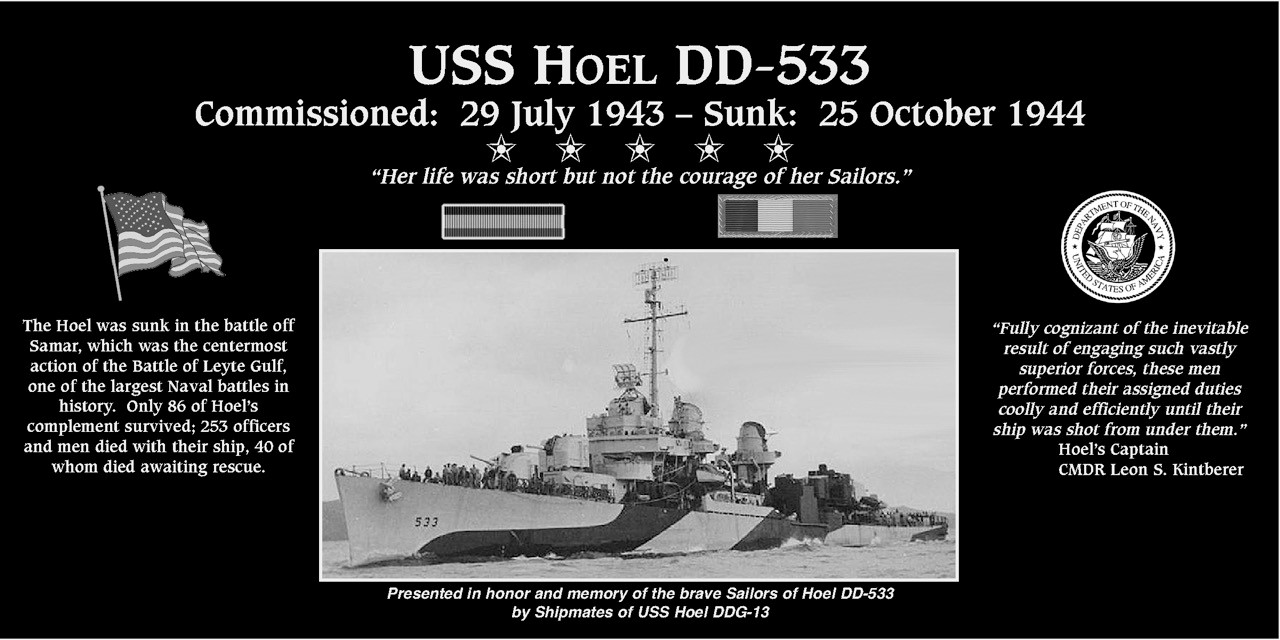 “Her life was short but not the courage of her Sailors”

Hoel was sunk during The Battle off Samar, which was the centermost action of the Battle of Leyte Gulf, one of the largest naval battles in history.

Only 86 of Hoel's complement survived; 253 officers and men died with their ship with at least 40 of them dying in the water while awaiting rescue.

“Fully cognizant of the inevitable result of engaging such vastly superior forces, these men performed their assigned duties coolly and efficiently until their ship was shot from under them." ~ Hoel's captain, Commander Leon S. Kintberger