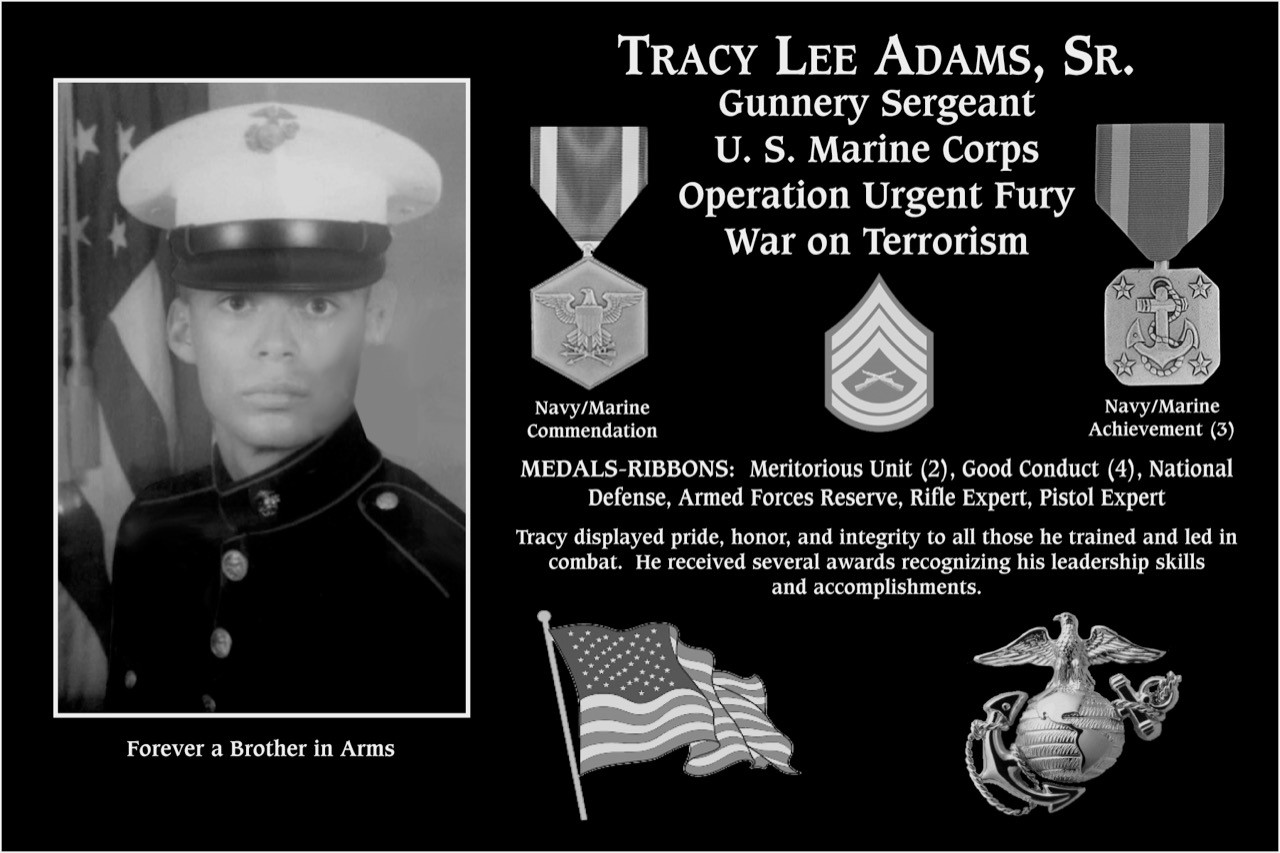 Tracy attended Elementary Schools in Springfield, Ohio, and Port Neches, Texas, before the family moved to Gilchrist, Texas. Soon afterwards, they settled in Crystal Beach, Texas, where Tracy attended High Island Schools (1974-1981). A gifted athlete, Tracy excelled in sports. In track, he was a Regional and State finalist in hurdles and the mile relay and received many awards and medals. Tracy was all-district football Wide Receiver, winning Bi-District Championship (1979), State Finalist (1980) and among other awards, selected All-District Wide Receiver (1980-1981).

He played trumpet in the Cardinal Band from 1978-1981, winning the John Phillip Sousa Award (1981). This started Tracy's love of music. He was a singer, songwriter and found peace in playing guitar. He was happiest when playing at a club or at an event......Tracy was an entertainer. His quick wit, infectious laughter and musical talent, were the perfect combination to capture the attention of any crowd.

Tracy was chosen Class Favorite, in 1981. After a few moments with him, one could easily understand how this was decided. He had a gift for making others laugh and a sense of dry, relentless, raw wit. Often impish, Tracy was inclined to keep everyone entertained and laughing with his mischievous behavior. This was pleasing to him and his eyes would twinkle with his comedic escapades.

His hobbies included fishing, woodworking and cooking. He was a great cook and would often enter a local "Cook Off" and walk away the winner. Tracy loved motorcycles and enjoyed short, solo trips or longer road trips, riding with friends across the United States.

Tracy was the recipient of the NHS Character Award, in 1981. They say that you can judge a man's character by his actions toward animals and people. Tracy proved to be proficient at both. His beloved pets, Chloe Belle, Highway, KiKi and Stormy, were a comfort to him and he treated them with unselfish love and care. Tracy had a huge heart and enjoyed giving to others. He volunteered with the United States Marine Corps' Toys for Tots, both while serving and after his retirement. In addition, he was instrumental in coordinating benevolent events at the FOE #3719, in Crystal Beach, Texas. Those events included cooking and serving dinner on Thanksgiving Day to the Veterans at the Eagles #3719 and the VFW #2673, in Sattler, Texas, for many years. He always put the needs of others before his own.

Following graduation, Tracy enlisted in the United States Marine Corps, (1981 - 2001), and was stationed in San Diego, California. He traveled extensively within the United States for training. His primary specialties included: Field Artillery Cannoneer, Infantry Operations Specialist and Operations Chief. His decorations included: (3) Letters of Appreciation, (4) Good Conduct Medals, (2) Meritorious Mast, (2) Meritorious Unit Citation, (3) Navy Achievement Medals and the Armed Forces Reserve Medal. He completed Platoon Sergeant training and his Marksmanship Instructor courses. Upon retirement, Tracy was Honorably Discharged as a Gunnery Sergeant. The Marine Corps was his life and he truly lived the motto, "Semper Fi, Until You Die", as he was "always faithful" and "always loyal".

Most of all, Tracy lived a full life doing what he loved most....spending time with family, friends and his military family.

Tracy was preceded in death by his parents, Robert Harvey White and Mary Louise (Rodriguez) White and an infant niece, Jennifer Marie Holm.