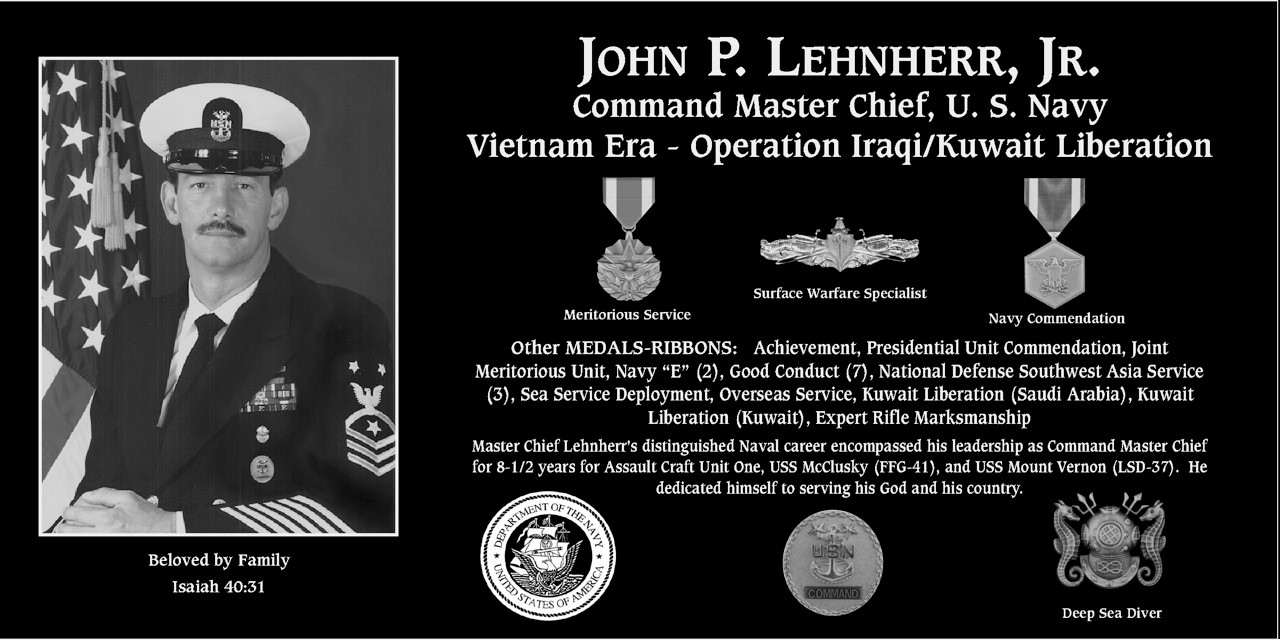 John was born in Rochester, Minnesota in April of 1954. He was the oldest son of John and Mary Lou Lehnherr. His younger brother Michael was born a year later. His family expanded with a new step mother Bev, a step sister, Jan and a younger brother Bob and sister Susan. John grew up most of his younger years in southeastern Iowa in the small town of Mediapolis, Iowa.

John was trained as a Deep Sea Diver, EOD specialist, Airborne and at the Senior Enlisted Academy.

John and his family have been members of Horizon Christian Fellowship since 1980. John was a member of the Honorary Deputy Sheriff’s Association, the National Rifle Association and the Wounded Warrior Foundation.

Command Master Chief passed away February 2nd, 2018 at the age of 63. He is finally taking his last position in Heaven with our Lord and Savior Jesus Christ

John is survived by his wife Marcy, his sons John III and Joel, his step mother Bev Conner, his brother Mike (Lisa) Lehnherr, his brother Bob (Patti) Lehnherr and his sister Susan (Don) Johnson. He is deeply missed by his family and friends.