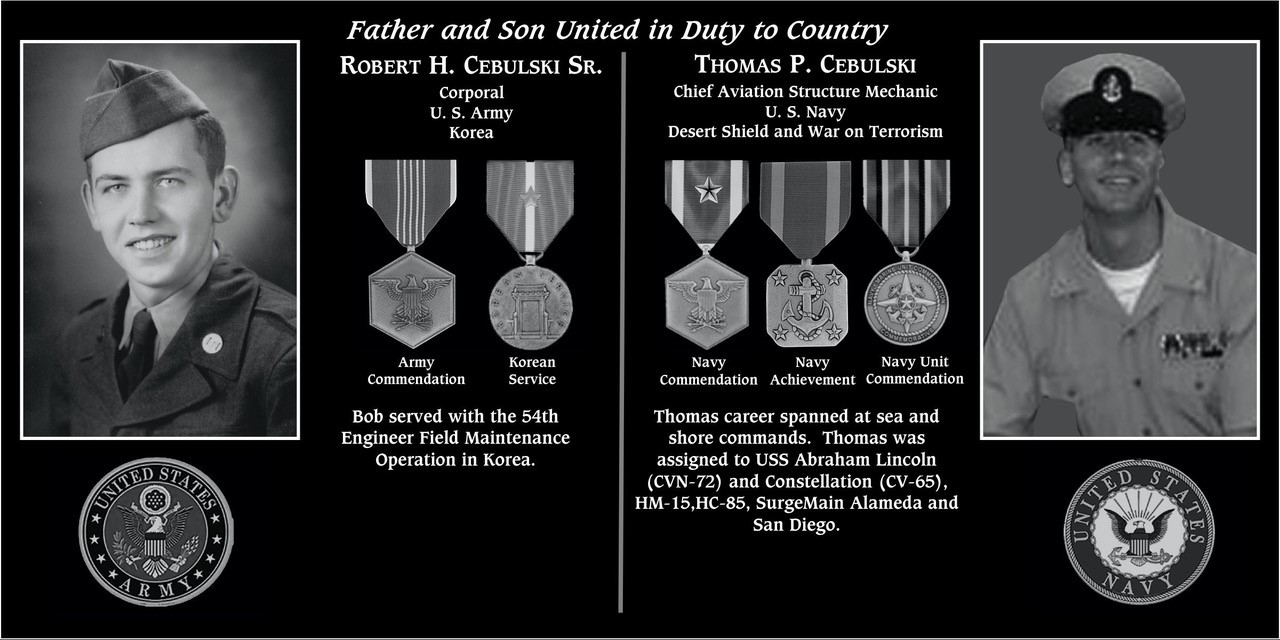 AMC Cebulski was born and raised in Hoffman Estates, a northwest suburb of Chicago, IL. He reported to Boot Camp at Recruit Training Center Great Lakes, on March 9, 1993. He graduated with honors as the Yeoman. He attended Airman Apprentice training at RTC Great Lakes and was given orders to USS Abraham Lincoln (CVN 72), stationed at NAS Alameda. AMC Cebulski completed a Westpac and was involved with Operation Desert Shield and the Battle of Mogadishu. After his tour on CVN 72, he transferred to the HM 15 squadron as a reservist in 1995. During his time as a reservist, AMC was a reservist in both Northern and Southern California from 1995 to the present day. He served with USS Constellation, NAS North Island, and HC 85 squadron in Southern California from 1996 to 1999. From the year 2000 to 2016, he served as a reservist with CVN 72, CV Northwest, CVN PAC 0364, and Surgemain Alameda in Northern California. From 2017 to the Present he served with Surgemain San Diego and VTU in San Diego, California. He is married to Catherine Cebulski and has two children.