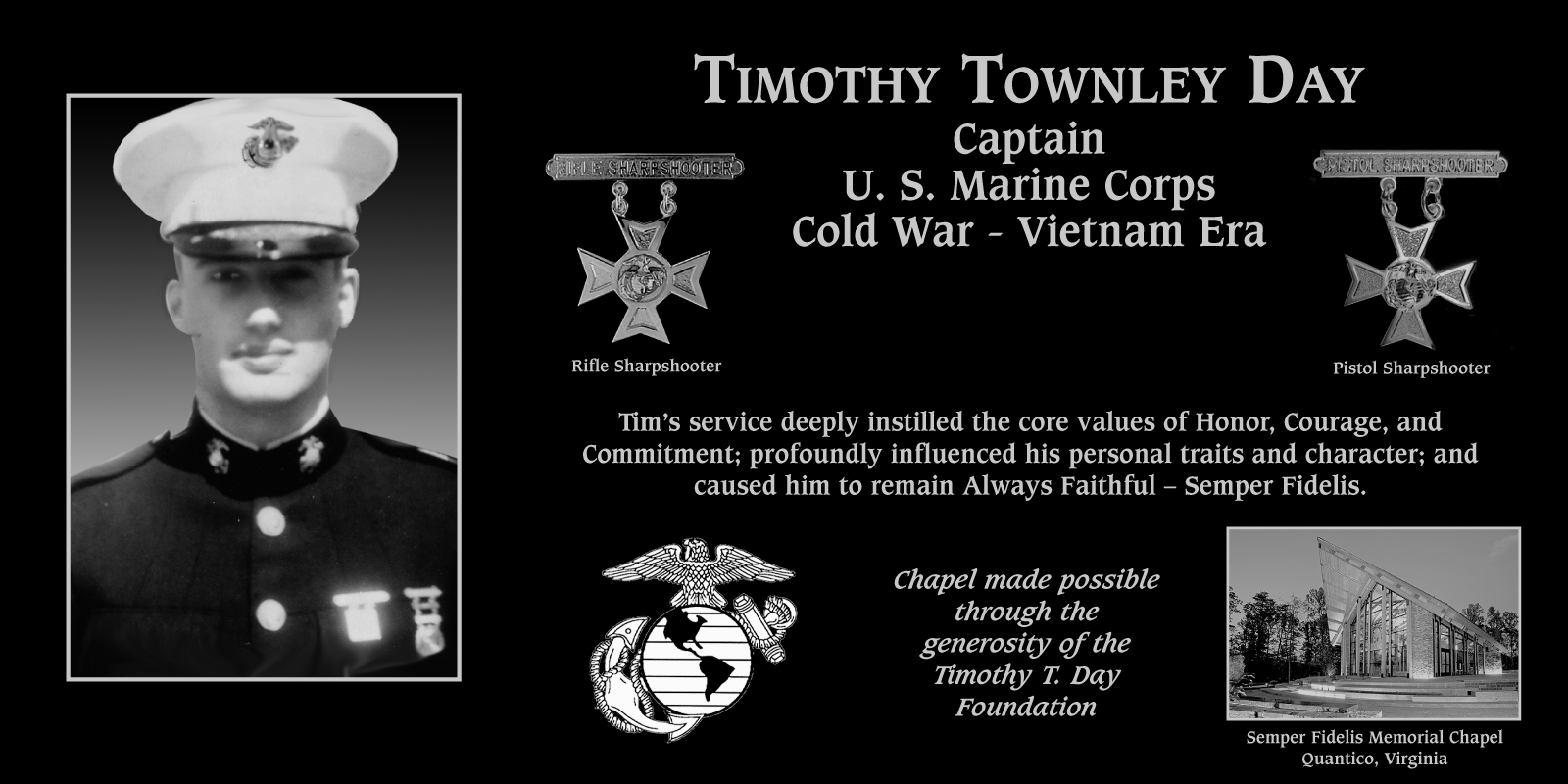 Tim Day joined the Marine Corps in 1956 and served on active duty from 1959 to 1962. As an artillery officer he served as a Forward Observer, Platoon Commander, Fire Direction Officer, Battery Executive Officer, and temporarily as Acting Commanding Officer of the Battery. He was honorably discharged in 1970 having attained the rank of Captain. The experience had a profound influence on his core values, personal traits, and character – and that influence still guides his actions and has helped him become the man he is today, both personally and professionally. Through the generosity of Tim and Sandy Day and the Timothy T. Day Foundation, Inc. (Foundation) many Marines have and will be touched through a variety of contributions and projects. These include long-term support to:

• The Semper Fi Fund since 2004. The Foundation has established The Tim and Sandy Day Canine Companions, which provides service dogs and related care to Marines in need.

• The Marine Corps University Foundation since 2005, with a focus on the case method

• Tim is a Founder of the Marine Corps Heritage Foundation and has been involved with the organization since 2002. In 2004, the Foundation funded the Tarawa Exhibit for the main entry gallery of the National Museum of the Marine Corps. The Semper Fidelis Memorial Chapel on the grounds of the Semper Fidelis Memorial Park was made possible by a $5 million grant from the Foundation and the dedication ceremony took place in 2009. In 2012, the Foundation committed to a $12 million lead gift to fund the Timothy T. Day Overlook and the expansion of the Museum to provide galleries and exhibits portraying the modern era of Marine Corps history from post-Vietnam War to the current timeframe. The groundbreaking ceremony for the Final Phase Campaign to expand the Museum and the formal dedication of the Overlook took place in 2015.