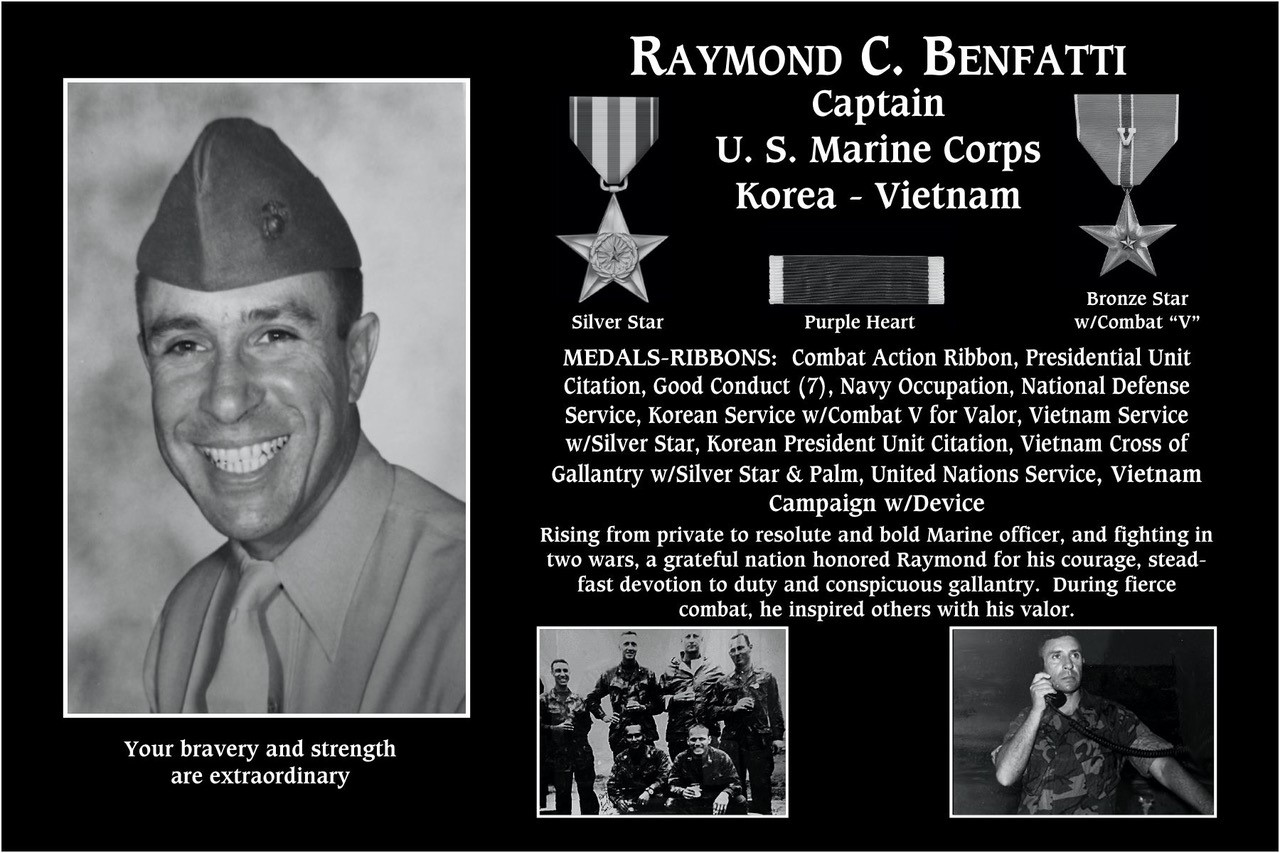 Out of respect for his brother Victor, who was killed in action. Raymond C. Benfatti, then a first lieutenant was awarded the silver-star, for his gallantry and bravery in combat. He was wounded by hostile fire. He Supervised the evacuation of his men before he'd received medical attention. Benfatti's first combat was Korean war 1951-1952. Two tours of Vietnam, Benfatti received a silver-star medal. Two bronze-stars and a Purple Heart. Captain Benfatti served in 1st, 2nd, 3rd marine division's during his career. A true American Hero!